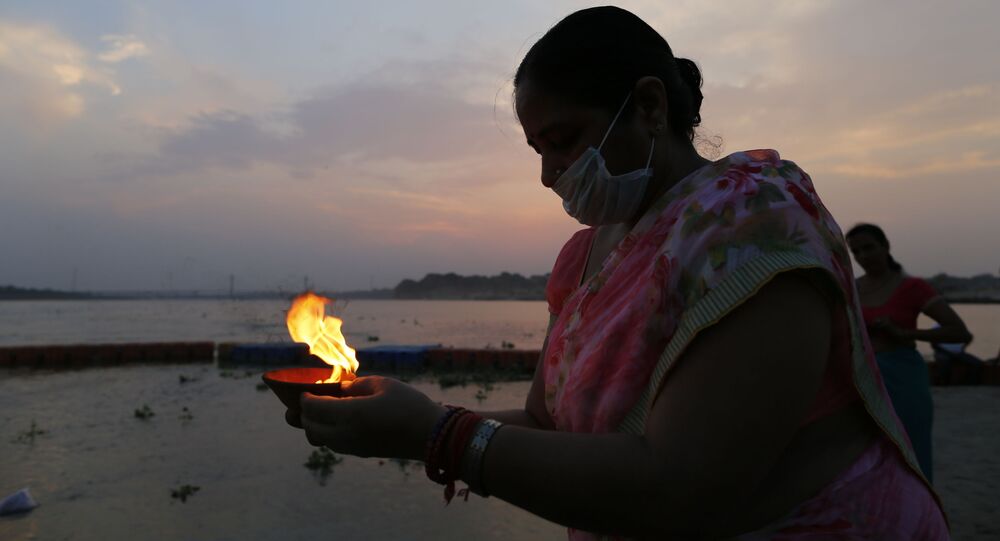 Founded in 1964, the Vishva Hindu Parishad is designed to protect Hindu society at large. The organisation includes several Hindu groups and is linked to India’s federally ruling Bharatiya Janata Party. The VHP has long been demanding that missionaries and Islamic outfits should be prevented from converting Hindus.

The influential Vishva Hindu Parishad (VHP or World Hindu Council) said on Wednesday that it supports the "Hindu re-conversion programme" and welcomed all those who have chosen to reconvert and embrace Hinduism.

"The whole world knows that most of the ancestors (99 and 95 percent respectively) of India's Christians and Muslim are Hindus. A few Muslim rulers and Christian missionaries forcibly converted Hindu people. But now all of them should convert back," VHP’s Joint General-Secretary Surendra Jain has said in a video message.

The VHP has strong links with the federally ruling Bharatiya Janata Party (BJP), and once the BJP came to power in 2014, it re-launched its "Gharvapsi" (homecoming of the converted) programme which the VHP's leader said will now be expanded on a big scale.

The VHP, which is also affiliated with Rashtriya Swayamsewak Sangh (RSS), the parental organisation of BJP, has said it will convert back five million people as “Hindus”.

Jain made this announcement after the arrest of two men who had allegedly converted at least "1,000 non-Muslims girls to Islam by marrying them to Muslim men".

The VHP leader said these people used to target the vulnerable and weaker sections of society. “Now, nobody needs to fear. Since the formation of VHP, we are converting them back as Hindus. If anyone wants to convert back, we welcome them (to Hinduism)."

He also said the ancestors of Muslims were not (Mughal Emperors) Aurangzeb or Babar. “They had a Hindu lineage, and it is the blood of the Hindu kings which runs in their veins."

The laws allow the declaration of inter-religious marriages as "null and void" and penalise conversions if done without the state's prior approval. Conversions also draw a punishment of between one and 10 years in jail, depending on the state.

However, in states such as Uttar Pradesh, fringe Hindu groups have been accused of using "love jihad" to disrupt interfaith weddings and harass and intimidate interfaith couples.

In January this year, the Allahabad High Court issued orders to provide protection to interfaith couples while observing that "nobody can interfere in the life of two adults residing together".