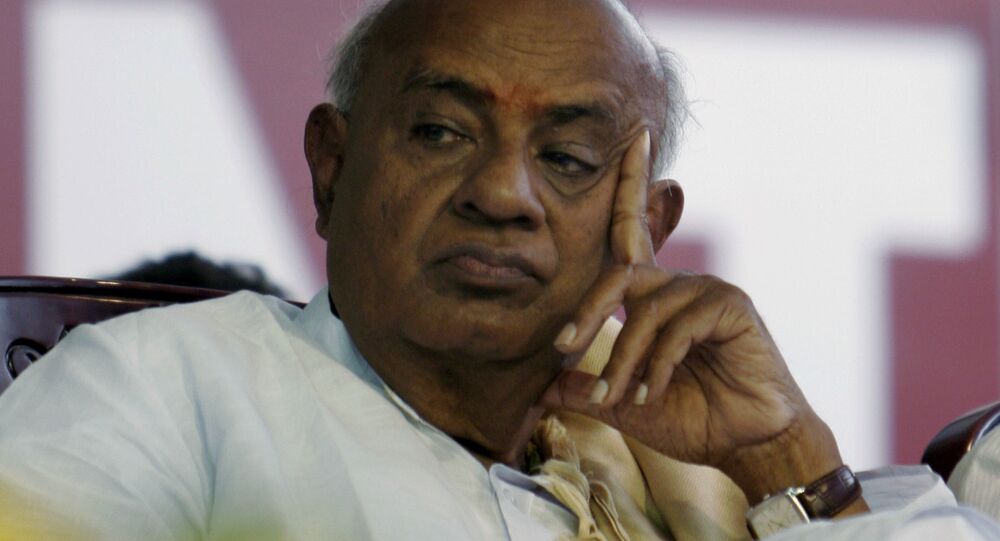 The court order comes as a setback for Deve Gowda, who has been embroiled in a conflict with an infrastructure company over the last two decades. Gowda served as Indian prime minister from June 1996 to April 1997.

The Nandi Infrastructure Corridor Enterprise (NICE) had sued Gowda for allegedly making "defamatory comments" in an interview with a local news channel in 2011.

NICE is a 4-6-lane private toll expressway in the state of Karnataka connecting the cities of Bengaluru and Mysuru.

Gowda, the founder of the party Janata Dal (Secular), had called a project by NICE a "loot" (robbery). The court added that the project in question has been upheld by the Supreme Court of India and was undertaken by the company for the good of the state of Karnataka.

Moreover, the project in question was given a nod by Gowda himself when he was the Karnataka state chief in 1995.

The counsel for NICE argued that the allegation made by Gowda about utilising more land than required was inaccurate.

"The company had no role in deciding the quantity of land required for the project. The allegation, therefore, was false and made by the defendant without there being any documentary evidence", the counsel stated.

The court order has also restrained him from making any further "defamatory" claims against the company in the media.

Hey, Go Faster! Elephants Tease Each Other While Walking Down the Road