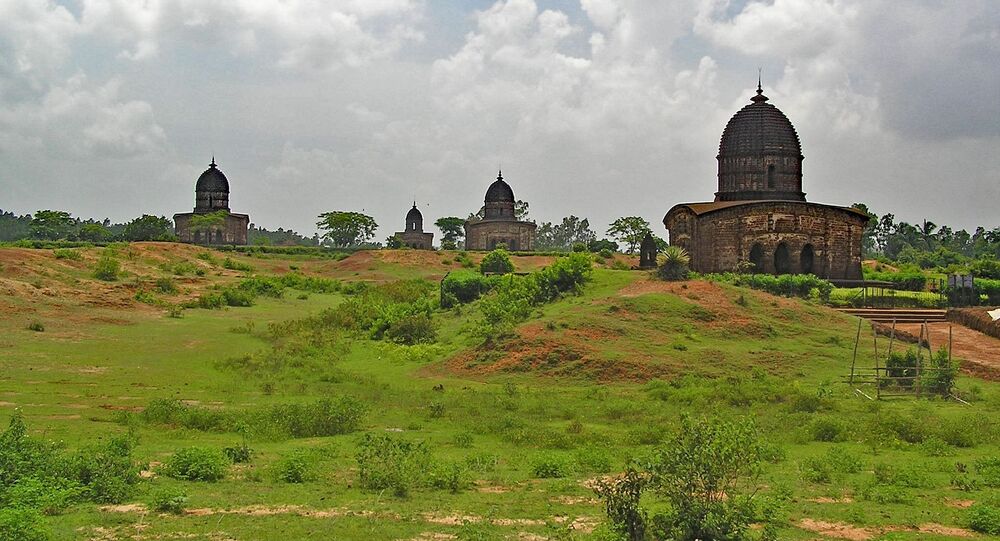 After facing a humiliating defeat in the state Assembly elections, the Bharatiya Janata Party (BJP) has upped its ante in the fight against the governing Trinamool Congress (TMC). This 'divide Bengal' plan is said to be another trick to keep political temperatures high until the next parliamentary elections scheduled for 2024.

After a few leaders of the Bharatiya Janata Party (BJP) demanded last week that a separate North Bengal Union Territory be carved out from the eastern Indian state of West Bengal, another lawmaker of the party has now called for a separate Jangalmahal state.

BJP politician Saumitra Khan told local media on Monday: "Bengal is turning into a refuge for the Rohingya. And West Bengal state chief, Mamata Banerjee, is rejecting the Citizenship Amendment Act. It won’t be long before we are called outsiders in our own land. This is why I feel this region should be turned into a separate state."

He asserted that districts such as Birbhum, Burdwan, Asansol, Purulia, Bankura, Bishnupur, Jhargram, West and East Midnapore and a few parts of Hooghly should club together and be granted statehood.

The amendments to the Indian Citizenship Act allow citizenship to persecuted Hindus, Sikhs, Christians, Buddhists and Parsis from Pakistan, Bangladesh and Afghanistan. However, the law doesn't extend the same rights to Muslims, something seen as discriminatory and which sparked massive nationwide protests in 2020.

After his statement, Jibon Singha, separatist leader from the Kamtapur Liberation Organisation (KLO), also released a video in which he is seen agreeing to the demand.

After these public statements, West Bengal state chief Mamata Banerjee was said to be fuming over the "partition plan". Rebuking the leaders, she declared: "We will never allow any further partition of Bengal. The proponents of a split should know that they will get a fitting reply from the people of the state." The ruling Trinamool quickly started a social media campaign '#BengalStandsUnited'.

"Didn't think the BJP would play such dirty tricks after losing the elections. They are playing with a state's sentiment. Just because they are in power they think they can do anything. This is not Kashmir. Didi [Mamata Banerjee] will give Modi a fitting reply," state minister Bratya Basu told Sputnik.

Can @BJP & Hon’ble HM please unequivocally clarify whether their intent is to split Bengal into many states?

Although this is the first time a demand for a consolidated North Bengal has been raised by politicians, since 1907 there have been calls for Kamtapur, Cooch Behar and Gorkhaland regions to be made separate states. These movements have often turned violent: the Gorkhaland demonstrations became a nightmare for state government in 2017 when the popular tourist destination was closed down for 104 days.

The locals, however, have shown their resentment over this move. At least five formal police complaints have been filed against Barla and the people of Darjeeling welcomed state governor Jagdeep Dhankhar with black flags on Monday during his seven-day visit to the hilly region. Disgusted by the politician's demands, Ganga Prasad Sharma - the BJP chief from Alipurduar - abandoned his party and switched his loyalties to the TMC.

Although the state BJP chief Dilip Ghosh maintains that these demands are entirely a personal thing and not motivated by the party, the BJP has yet to take any action against the politicians. "The BJP has never been in favour of dividing Bengal. It has always wanted development for West Bengal as a whole. However, given the lawlessness in the state, some people might get frustrated and this frustration has probably led them to make such demands," Ghosh told reporters.

BJP Strongholds: Reason Behind Such Demands?

So far Prime Minister Narendra Modi and other top leaders have refrained from giving a statement on this row.

The BJP enjoys a comfortable majority in the northern part of the state after winning 25 of 42 seats in the six districts in the recently conducted elections.

In the Jangalmahal region, BJP managed to sweep Purulia, Midnapore, Bishnupur and Jhargram regions during the 2019 general elections. But the party was only able secure 15 out of 40 seats in the state elections. The remaining 25 went to TMC.

"Khan just followed in Barlra's footsteps. The issue was not raked up with the central leadership earlier. We know it won't play out well in the upcoming elections but it has rattled the state chief. As long as the issue keeps her on her toes," a senior BJP member told Sputnik.

West Bengal bears the scars of two partitions - one in 1905 and another during the Independence in 1947. Once British India's most industrialised state, West Bengal's GDP started falling drastically after the second partition.

Discourse on 1947 Partition Must Continue to Understand Human Capacity for Violence: Indian Author