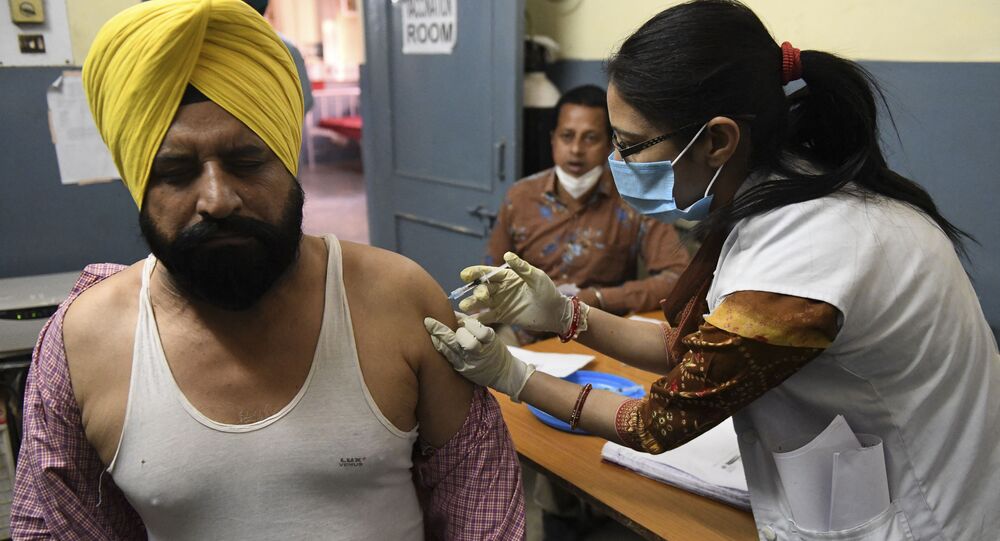 India, though one of the largest makers of vaccines in the world, is struggling to meet domestic demand. The Modi government has been accused of exporting vaccines although supply is short at home and is now trying to amend its ways. But is it working?

As the government of India introduces free vaccines for people over 18 on Monday, several states are still struggling to meet demand. According to official data, as of 20 June India had administered at least 300 million doses. However, to put that in perspective, that is less than a quarter of India's population which is almost 1.4 billion, and only 5 percent of adult Indians have received both jabs so far.

After being heavily criticised by the country's supreme court over the slow roll out and the price of vaccines, India's Prime Minister Narendra Modi announced on 7 June that all citizens would be vaccinated free of charge and the federal government would distribute doses to states. He added that the federal government would buy 75 percent of all vaccines made by Indian producers and private entities would buy the remaining 25 percent at a set price.

Earlier during the height of the second coronavirus wave, the federal government decided to allow states to procure vaccines directly from the manufactures. The renewed policy is likely to help inoculate the larger population, especially in rural India.

However, the supply deficit has severely affected states such as West Bengal, Maharashtra, Telangana, Jharkhand and Delhi - all states which are governed by leaders who do not belong to the Prime Minister's Bharatiya Janata Party. When Modi announced the new policy, Delhi state chief Arvind Kejriwal asked where the vaccines would come from.

​There are at present three vaccines approved for use – Covishield and Covaxin are made in India by the Serum Institute of India (SII) and Bharat Biotech respectively. Russia's Sputnik V has yet to be used for mass vaccination. The Indian government has pledged to produce at least two billion doses between August and December this year. So far, the Modi government has only placed an order with SII for 250 million doses of Covishield and with Bharat Biotech for 190 million doses of Covaxin. These have yet to be delivered.

The state of West Bengal, which has the highest coronavirus infection rate in the country has decided to inoculate only those in "priority groups".

"Bus conductors, drivers, hawkers, and health workers' families are included in the priority groups. Until we complete vaccinating these groups, we won’t be able to vaccinate others. Right now we don't have enough doses. Depending on the supply from the centre, we will increase the vaccination rate," an official from the state's health department told Sputnik.

The move by the federal government has disappointed people such as Sanjib Dey, who have been waiting for his turn for a free jab. "In private centres we have to pay at least INR780 ($11) for a single jab. We are a family of five. I earn INR500 ($6.74) on a good day. How will I afford it? [West Bengal leader] Mamata Banerjee should have been more thoughtful," Dey, a rickshaw puller, told Sputnik.

After a steep fall in the months of April and May, the country's vaccination drive peaked in mid-June, but it is again on a downward curve.

Last month, Jharkhand state chief Hemant Soren publicly declared that the state was facing an acute shortage. As a result of his outburst, the federal government decided to deliver 2.5 million free doses in July. With private hospitals hesitating to pay for the procurement of doses up front, the state is facing a double whammy.