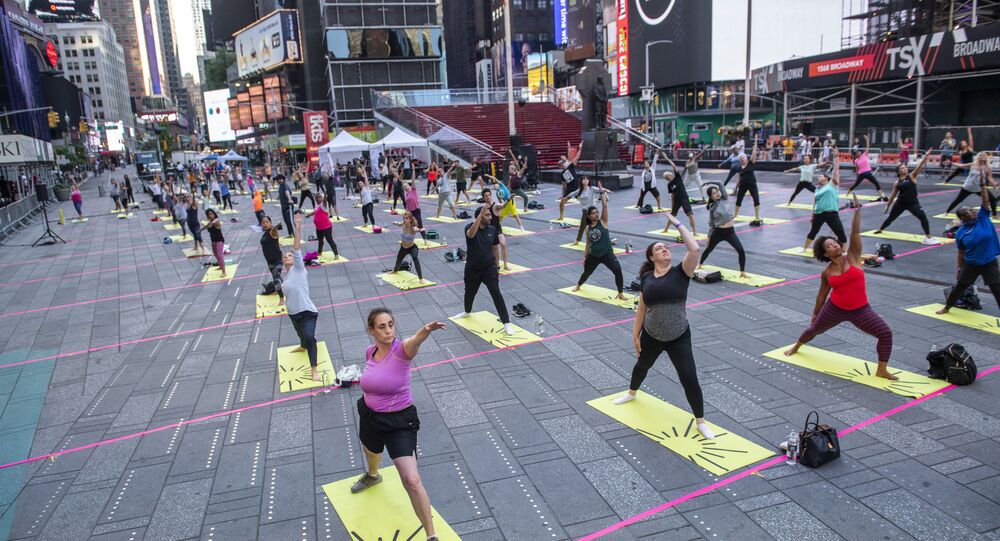 Yoga, the combination of mental, physical, and spiritual exercises is an ancient Indian art that originated in the Himalayan town of Rishikesh over 5,000 years ago. In 2014, the United Nations General Assembly declared 21 June the "International Day of Yoga" to promote healthy lifestyles for people around the globe.

Indian Prime Minister Narendra Modi has kicked off celebrations for the seventh "International Day of Yoga" in India by launching an app called "mYoga".

In a collective effort, India's Ministry of Ayush, which is focused on developing a domestic medicine system, and the World Health Organisation have contributed to developing the "mYoga" app.

"The mYoga app will have yoga training videos in different languages for people across the world. This will help us achieve our 'One World, One Health' motto", Modi said.

Marking international yoga day, Indian Army soldiers deployed in the eastern Ladakh region began their day by indulging in exercises in the snow-covered hilly terrain. Security personnel in other parts of the nation, like Kashmir, Darjeeling, and Kerala also joined in the special yoga sessions organised by their seniors.

​As per a report prepared by online research firm CompareCamp in May 2020, the Indian art of Yoga is practiced by over 300 million people around the world.

Along with India, other countries including the US, Australia, and Canada also marked yoga day by participating in physical as well as online programmes.

In NYC's iconic Times Square over 3,000 people gathered with water bottles and mats to perform yoga together.

Latest: US | Consulate General of India, New York partnered with the Times Square Alliance to host the International Yoga celebrations in Times Square on Sunday. Over 3,000 people attended the day-long event which was themed 'Solstice'. pic.twitter.com/BahEzWVhLN

Considering the COVID protocols that require social distancing, several yoga programmes from India and around the world have chosen virtual means to reach global enthusiasts. Yoga experts and teachers have been roped in to speak and train people in the art via online mediums.

International Yoga day celebration at the Mahatma Basweshwar College, Latur & Online also on 21 st June 2021.
"Yoga is not a work-out it is a work-in, and this is the point of spiritual practice to make us teachable to open up our hearts and focus our awareness. pic.twitter.com/70Q9NIYSzo