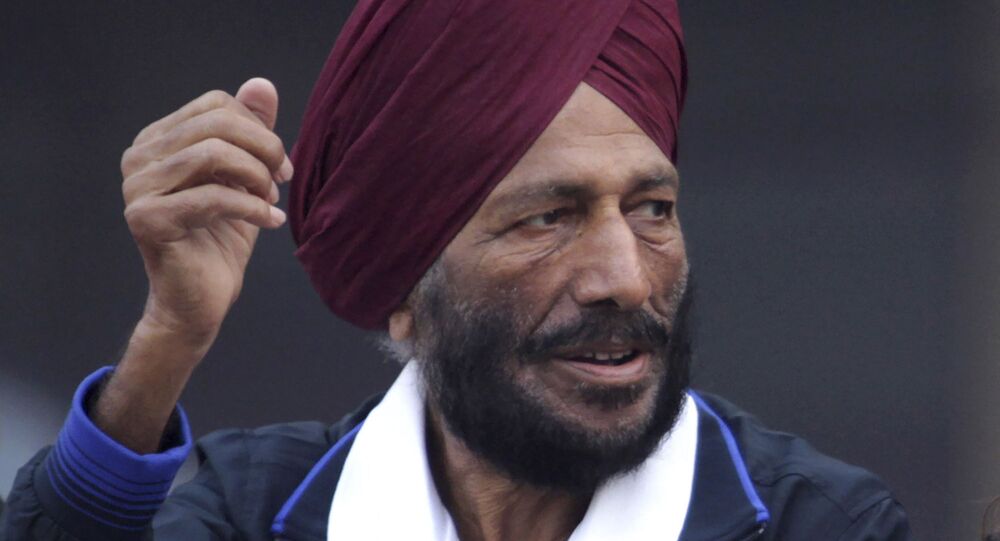 Although he failed to win a medal in the 1960 Rome Olympics, finishing the 400 metres final in 45.6 seconds, 0.1 seconds short of winning the bronze, Milkha Singh's time remained a national record in India for 38 years.

Legendary Indian sprinter Milkha Singh died at the age of 91 due to post-COVID complications, a month after battling with the virus. His demise came within a week of the death of his wife, Nirmal Kaur, due to the same ailment.

Milkha Singh, nicknamed the "Flying Sikh", was India's biggest sporting icon. He was credited with bringing Indian sports onto the global stage after India won independence in 1947.

The athlete's life inspired the Bollywood movie "Bhaag Milkha Bhaag" (Run, Milkha, Run). He was known to have overcome unimaginable hardships to excel in the field of sports. As a teenager, he saw his parents butchered during India's partition and fled his village, which is now located in Pakistan. He reached Delhi and indulged in petty crimes to survive in refugee camps. He was arrested for his crimes and was bailed out by his sister, who had to sell her jewellery to get him released.

He failed his first three attempts to join the Indian Army, but got through on his fourth attempt in 1952, which proved to be a turning point in his life. He was coached by experts in the Army and won the selection trial in the 1956 Olympics, despite having been brutally assaulted by his rivals a day before the race.

His death is being mourned as a national loss in India.

Prime Minister Narendra Modi called Milkha Singh a week ago to inquire about his health. ​

In the passing away of Shri Milkha Singh Ji, we have lost a colossal sportsperson, who captured the nation’s imagination and had a special place in the hearts of countless Indians. His inspiring personality endeared himself to millions. Anguished by his passing away. pic.twitter.com/h99RNbXI28

Your demise has left a deep void in every Indian’s heart today, but you shall keep inspiring several generations to come. pic.twitter.com/ImljefeUEN

Shri Milkha Singh ji was not just a sports star but a source of inspiration for millions of Indians for his dedication and resilience.

My condolences to his family and friends.