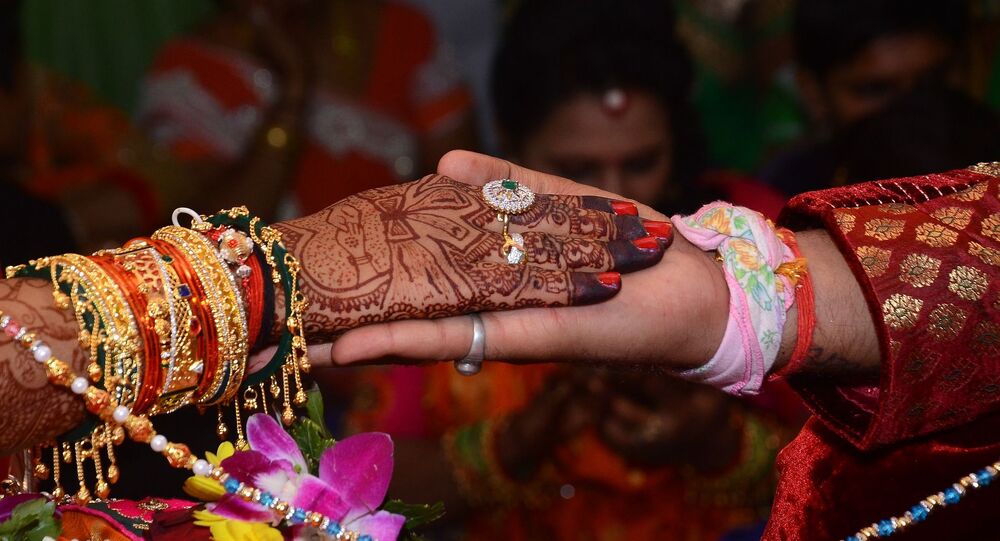 In a country where so many believe in mysticism and the supernatural and put their faith in holy men, one man from Uttar Pradesh state seems to have capitalised on this characteristic and turned it to his amorous advantage. Having become a “Baba” (hermit), the man allegedly used to trap girls who visited him to find a solution to their problems.

A man has been arrested in India’s Uttar Pradesh state just as he was preparing to get married for the sixth time.

Anuj Chetan Kataria, who seems to be in his mid-thirties, has been held in Kanpur city.

Police said he has been known by many names, and has claimed many religions and professions in his pursuit of women to marry and has even created a profile on a matrimonial site to meet women.

"He first got married in 2005, then 2010 and the third time in 2015. Currently, he's separated from all three of them. However, the fourth committed suicide, and the fifth wife filed a police complaint against him on 11 May of cheating and fraud," said police, adding that he has admitted his crime.

In 2016, his younger brother’s wife also filed a rape complaint against him.

​Media reports said he was also in touch with 32 other women whom he had promised to 'marry'.