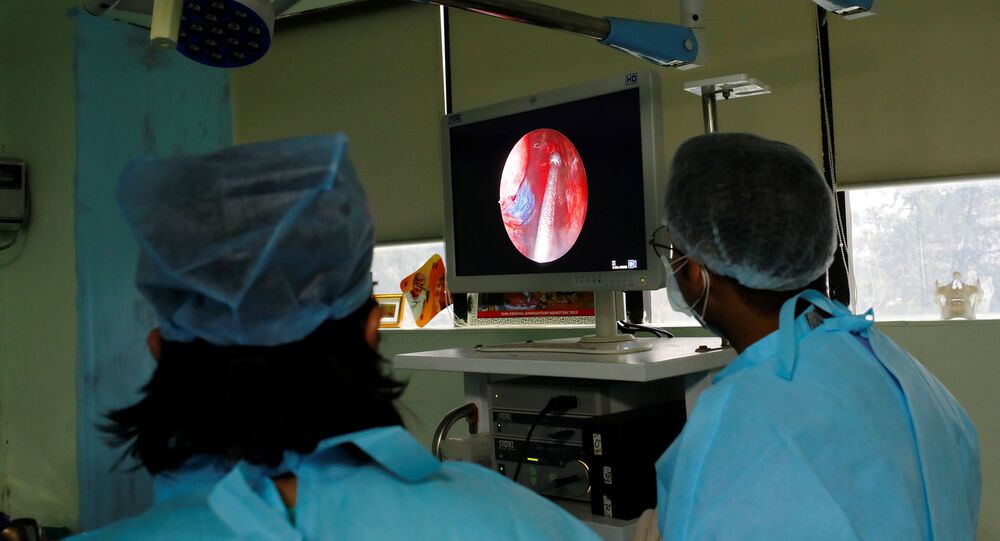 After Black, White, and Yellow, New Case of Green Fungus Emerges in India

India is now contending with an array or fungal diseases as it continues to reel from the effects of the COVID pandemic.

A COVID-survivor in Indore city in India’s Madhya Pradesh (MP) state has been diagnosed with a rare disease called aspergillosis or green fungus, Indian media reported on Wednesday.

Aspergillosis is an infection that targets the lungs and is caused by a common mold fungus that lives both indoors and outdoors. Most people breathe in aspergillosis spores without getting sick, the US Centres for Disease Control and Prevention (CDC) stated in a blog post.

The non-contagious infection, however, most commonly develops in individuals with weak immune systems after they inhale the spores.

The CDC says chest pain, a bloody cough, fever, and shortness of breath are common symptoms of green fungus.

After battling COVID-related complications for two months, the 34-year-old Indore resident, whose name remains undisclosed in reports, complained of a fever and frequent nose bleeds. His symptoms were first linked to black fungus, which is known to enter the human body through wounds and affect the eyes and brain.

After tests, however, green fungus was diagnosed, according to Dr Ravi Dosi, the head of the Department of Chest Diseases at Indore's Sri Aurobindo Institute of Medical Sciences (SAIMS). He says it's the first case of the disease in India.

The patient has been air-lifted to Mumbai city in Maharashtra state for better treatment.

Possibly the first patient detected with Green fungus, in Indore and shifted to Mumbai by air ambulance for treatment. He recovered from COVID-19 recently but underwent a test on suspicion that he had contracted black fungus! pic.twitter.com/Anys2ciXab

​Recently, two people in Delhi were diagnosed with rare cases of black fungus, which affects the small intestine, while a rare case of white fungus – which eats away at internal organs – has also been reported in India's capital city.