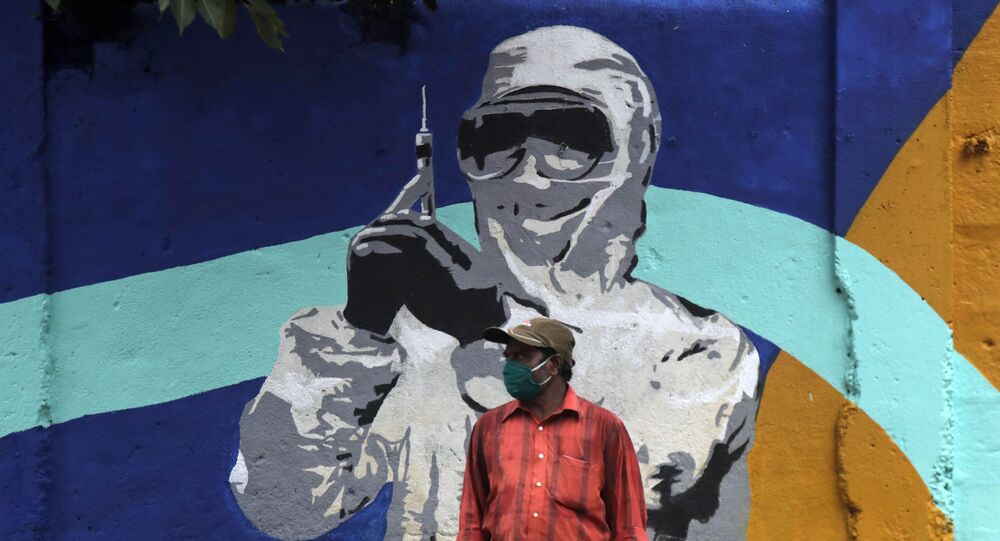 The second wave of coronavirus in India turned lethal for people who contracted the virus as it had a far more serious affect on lungs than the first wave had.

Dr SK Jindal, is a leading pulmonary specialist and distinguished medical teacher and clinician who headed the Department of Pulmonary Medicine at the Postgraduate Institute of Medical Research in Chandigarh for 26 years. Under his leadership, the department was recognised as a WHO Collaborating Centre for Research and Capacity Building in Chronic Respiratory Diseases.

In an interview with Sputnik News, Dr Jindal describes his experience and shares his thoughts about the coronavirus in India.

Sputnik: What, in your view, is the probability there will be another wave of coronavirus in India?

Dr Jindal: A third wave is very likely in India as the virus cannot be eliminated suddenly. The question is how severe or mild will it be? Chances are that the third wave will be mild because of several steps that have already been taken, including vaccination. People are far more aware of how dangerous it can be. Also administrative steps that the government has taken will also have an impact as we control movement of people to stop the spread of the virus.

Sputnik: Do you think the third wave will have a more serious effect on children?

Dr Jindal: There is no good evidence that the third wave will affect children more. One assumption is that children are not vaccinated and therefore will be more vulnerable. But I believe that children have good immune systems and within a month or two the vaccination of children will also happen and stop any undue adverse impingement on their health. So the chances are that the third wave will be much milder and less severe than the second wave.

Sputnik: What do you think made the second wave of COVID-19 so lethal and caused the virus to spread so fast?

Dr Jindal: We saw lots of cases where one member of the family became infected and then the entire family fell under the grip of the virus. Problems resulted as people became casual and careless during the second wave. The general idea was that the virus causes fever and the cold and will clear up on its own and they started medicating themselves.

However, by the time the second wave hit the nation, the virus had mutated and become far more infectious. It took an entire family in its grasp before they realised the gravity of the situation and sought medical help. People also started misusing steroids, consuming medicines needlessly if they came into contact with an someone who was infected. Meanwhile, the virus was mutating and its cycle of growth also became very rapid.

Sputnik: The second wave of COVID-19 in India saw a massive demand of medical oxygen which was in short supply. Why did the virus affect the lungs so badly?

Dr Jindal: Viruses have characters of their own - some are less aggressive and some are more aggressive. The coronavirus is rapidly progressive and the mutant strains are much more aggressive in that they attack the lungs more, which leads to respiratory failures. Also, those who had co-morbidities suffered more because more than one system of the body was involved and management of the virus became more difficult.

Sputnik: There are concerns over the efficacy of vaccinations available for the virus - especially as the Delta variant in India has mutated into Delta Plus. What is your opinion?

Dr Jindal: The virus does mutate but doesn't change completely - it retains its basic characteristics and behaviour. The antigens are mostly the same with small variations in the new strains. The vaccines do remain effective even against the new variants however they may mutate. The vaccines don't become redundant as such if the virus mutates. So, even if the virus mutates, the vaccines available now will remain effective.

Sputnik: India reportedly has witnessed an alarming increase in people being diagnosed with fungal infections which are meant to be rare. Why?

Dr Jindal : Fungal infections are all alike - the fancy names given to them such as Black Fungus, White Fungus, Yellow and now Green Fungus are nothing but the color of the colonies of fungus. They are all part of mucormycosis - which is a very invasive fungus. It is well known that the fungus keeps eroding the area where it settles and that part of the body has to be surgically removed to contain its spread. The otherwise rare fungus became so common because it got the opportunity to grow - these are very opportunistic infections - and it took advantage of the fact that the immunity of the patients had weakened because of steroids and diabetes.