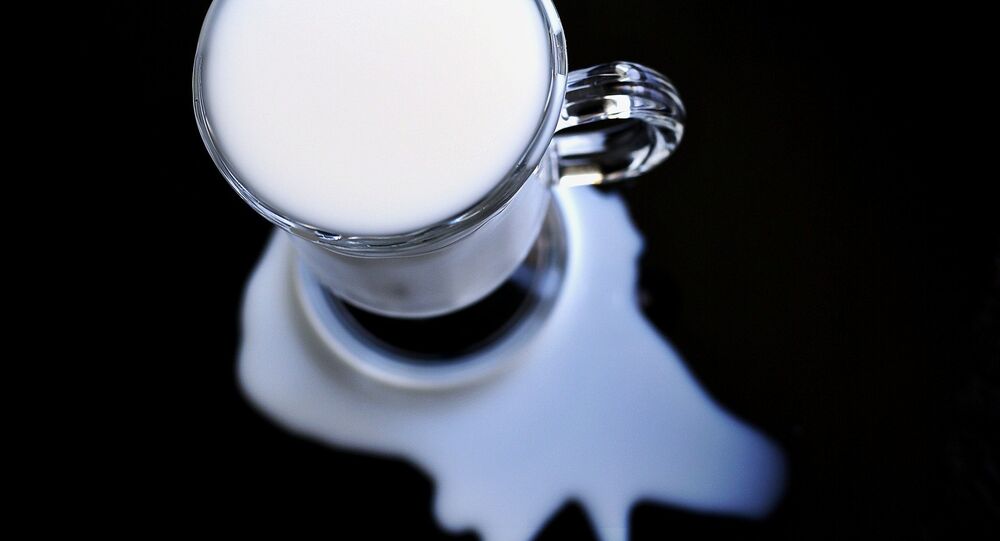 The United States Department of Agriculture (USDA) on Tuesday announced additional relief worth millions of dollars for farmers, part of the Joe Biden administration’s $1.9 trillion COVID relief package. Nearly $1 billion has, to date, been provided as relief to American dairy farmers, who have been demanding greater access to the Indian market.

India's biggest food and dairy company Amul has slammed the United States over providing pandemic-related assistance to its dairy farmers, arguing that Washington has long objected to the notion of Indian farmers receiving government subsidies.

​The issue of approximately $1 billion in aid being doled out to American dairy farmers were raised by Dr. Rupinder Singh Sodhi, the Managing Director of Gujarat Cooperative Milk Marketing Federation Limited (GCMMF), which runs the Amul brand.

Dr Sodhi’s remarks come amid an ongoing push by the US for greater access for its dairy exports to the Indian market. New Delhi’s refusal to lift import duties on dairy imports is one of the major roadblocks in the sealing of a potential trade deal between the two democracies, a concern expressed by former US President Donald Trump during his February 2020 visit to the South Asian nation.

Dr Sodhi’s concerns were backed by Swadeshi Jagran Manch (SJM), an Indian advocacy outfit which is linked to the Rashtriya Swayamsevak Sangh (RSS), the ideological parent of the governing Bharatiya Janata Party (BJP).

SJM’s co-convenor Dr Ashwani Mahajan called out Washington over its “double standards” in raising objections to New Delhi’s support for its domestic dairy industry, while providing millions of dollars in aid to American dairy farmers.

The fears in India are that government financing for American dairy and livestock farmers would put their Indian counterparts at a disadvantage during two-way trade of milk-related products.

While the US’ share of global dairy exports is much higher than India’s, the dairy and livestock industry in the South Asian nation employs more than 70 million people, thus making it one of the biggest employment providers in the agricultural sector. India contributed 21 percent of the world’s milk production in 2017 and is home to more cattle than any other nation: over 192 million.

When it comes to two-way dairy trade between the two nations, India holds a comparative advantage over the US, exporting more dairy products than it imports from Washington. The two-way dairy trade surplus in favour of India in 2019 stood at $14.7 million.

© AP Photo / GURINDER OSAN
India Denies Any Free Trade Negotiations With US Amid Talk of Mini Pact to Boost Business
A politically significant constituency, the American dairy industry has blamed the trade imbalance on higher duties imposed by New Delhi.

According to a World Tariff Profiles study in 2019, the average duty on foreign dairy imports entering the Indian market was around 64 per cent, compared to just 19 per cent imposed by the US government.

While India has agreed to reduce the import duties on dairy products from the US by 5-15 per cent on various products, New Delhi has also been asking for assurance that the imported dairy products are derived from livestock which are fed a completely “vegetarian diet”.

India’s federal commerce ministry’s contention has been that US cattle are raised on an “animal-derived blood meal” and the US-imported dairy products could hurt the religious sentiments of vegetarians in the country.

The US dairy industry has dismissed the demand as “scientifically unwarranted”.