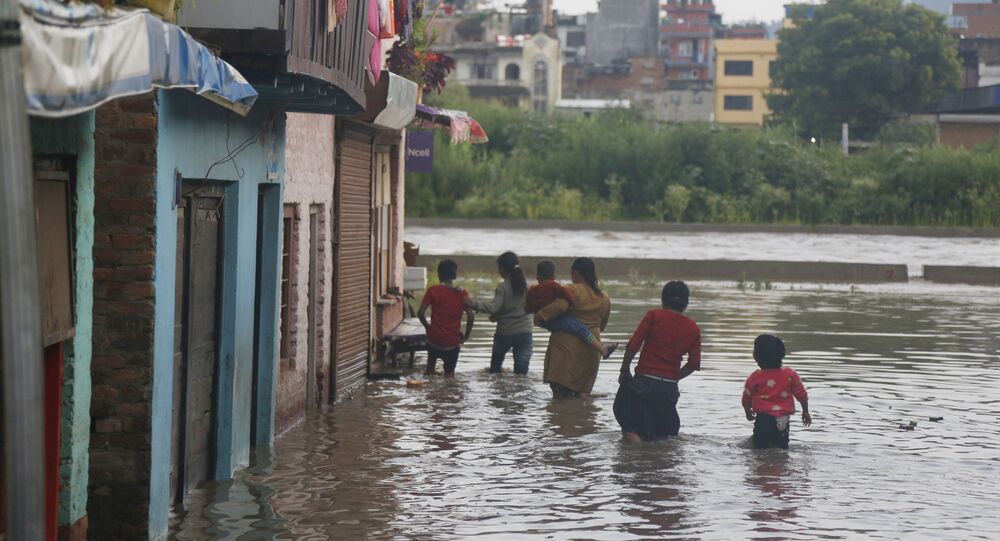 More than 50 Missing in Nepal, 10 killed in Bhutan as Monsoon Wreaks Havoc in South Asia

Amid the COVID-19 crisis in the country, Nepal has found itself struggling against a much more familiar foe: the monsoon season.

More than 50 people are missing following a massive flood in the Melamchi River in Nepal as incessant rain in the Himalayan nation has led to loss of life and property.

Nepal’s Secretary at Helambu Rural Municipality, Arjun Bhandari, told local media that out of the 50 people who are missing, 39 were workers at the Melamchi Drinking Water Project.

Pray for Sindhupalchowk.. Flood has extremely affected the lower lands of Helambu, Melamchi and Panchpokhari area. Around 100 houses are affected, some people are missing and locals are waiting for the rescue. Electricity and mobile network are also not working properly. pic.twitter.com/Zhsyh8sGNz

​Above-average rainfall was recorded from  Makwanpur district to Dolpo district in the South Asian country. Certain parts of Nepal also witnessed floods after continuous rain, which lasted over 24 hours between Monday and Tuesday.

“Incessant rainfall has raised the level of the river...We are still receiving information on the damage of properties and lives,” Prakash Sapkota, a senior police official said to local media. Kuel, Chaunate Bazar, and Melamchi Bazar have suffered massive destruction.

Scores of people are missing as rain triggered floods in the Melamchi and Indrawati rivers ravage Timbu, Chanaute, Talamarang and Melamchi bazaars in Sindhupalchowk district. Major bridges have been swept away by surging rivers. #Nepal #Floods pic.twitter.com/URY9ZWsxin

​The newly-constructed road bridge connecting Melamchi Ghyang Village has also been swept away by the flood.

In the neighbouring country of Bhutan, at least 10 people were killed while five others were injured when a camp full of cordycep collectors was washed away in a flash flood.

Bhutan Prime Minister Dr Lotay Tshering, while offering prayers and condolences to the bereaved families and community of Laya, said that two choppers were mobilised to evacuate the injured; a rescue team including armed forces, forestry and other officials is travelling to the site.