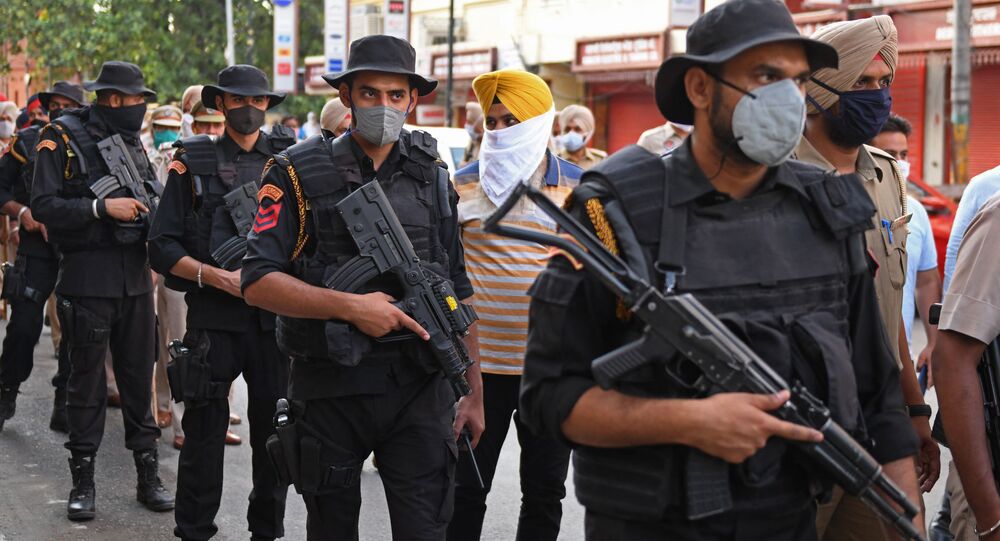 Punjab is slated to hold assembly elections in 2022 – the political dynamic has changed since the last assembly election in the state five years ago when the biggest regional party, Shiromani Akali Dal, was in an alliance with the Bhartiya Janta Party (BJP).

Hundreds of protesters gathered outside the residence of Punjab State Chief Amarinder Singh on Tuesday to protest against "corruption" by health authorities in the guise of "COVID-19 management."

The protest was organised by Shiromani Akali Dal (SAD), the main opposition party in Punjab, with support from its new alliance partner Bahujan Samaj Party (BSP). The two teamed up last week in what's viewed as preparations for the state legislative assembly elections next year.

Political observers said the demonstration was "a show of strength" by the two parties.

Workers of @Akali_Dal_
& #BSP protesting against Capt Amarinder Singh face water cannons in Mohali. After attending a massive gathering @officeofssbadal said Our strength with the joining of #BSP got double and we can rout any other political party in the battle of the ballot. pic.twitter.com/OQdc8CZ3ge

COVID-19 protocols were breached by the large gathering of protestors. A large number of protestors were seen without masks as well.

​The protesters demanded an inquiry into allegations of corruption in the vaccination drive, as well as the distribution of kits to COVID-19 patients that contain medicines, consumables, and oximeters. SAD alleges that the price of the kits was increased deliberately so the government could make a profit, while also claiming that the government sold vaccines to private hospitals at huge margins while allowing the hospitals to charge steep premiums for the jabs.