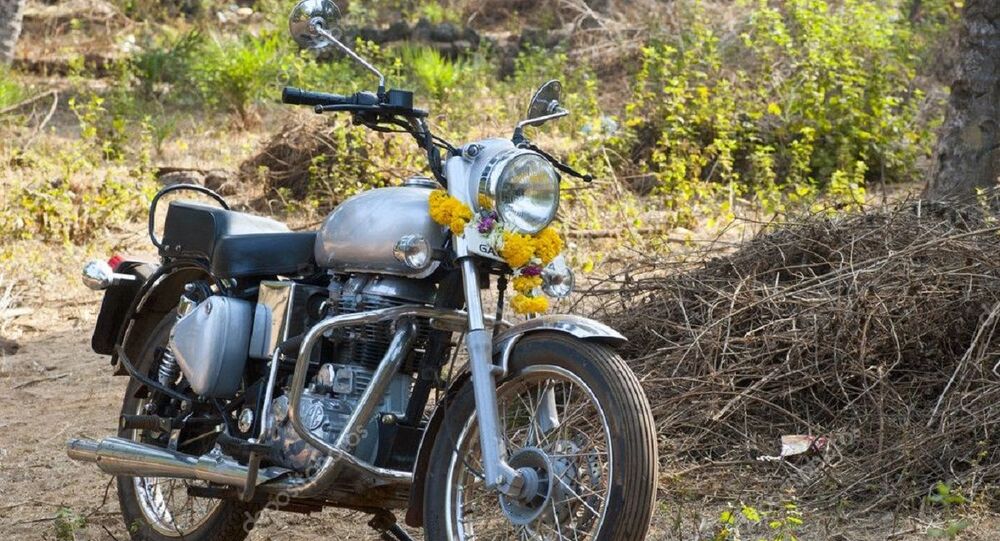 India has witnessed an unprecedented spike in fuel prices under the Narendra Modi government, with 43 raises so far in 2021.

Activists in India's eastern state of West Bengal arranged a mock funeral procession for a petrol motorbike to protest against spiking fuel prices.

Earlier in May, fuel prices breached the record INR 100-mark ($ 1.36) in states including Madhya Pradesh, Maharashtra, Andhra Pradesh, Telangana, and Rajasthan. Petrol prices vary in different states because some local governments add a multitude of taxes and levies on oil.

The country has been witnessing protests from opposition parties demanding the hiked fuel prices be rolled back. In Kolkata, activists went as far to stage a mock funeral procession for a motorbike, which was emblazoned with the faces of India's Prime Minister Narendra Modi and Home Minister Amit Shah. The group "Citizens Against Dirty Politics And Corruption" organised the demonstration – it's known for previously directing a flock of sheep to the house of state governor Jagdeep Dhankhar on his birthday.

And on this stance @KolkataPolice (laughable one) is that the man was keen to have photo with Raj Bhawan background. No action whatsoever taken. pic.twitter.com/95mmLGghSC

Opposition leaders from Congress staged a protest last week in the capital Delhi on a bullock cart demanding an immediate rollback of the skyrocketing prices.

"The government should stop imposing excise duty on petrol and diesel. It should come under the purview of Goods and Services Tax (GST)," senior leader KC Venugopal told reporters.