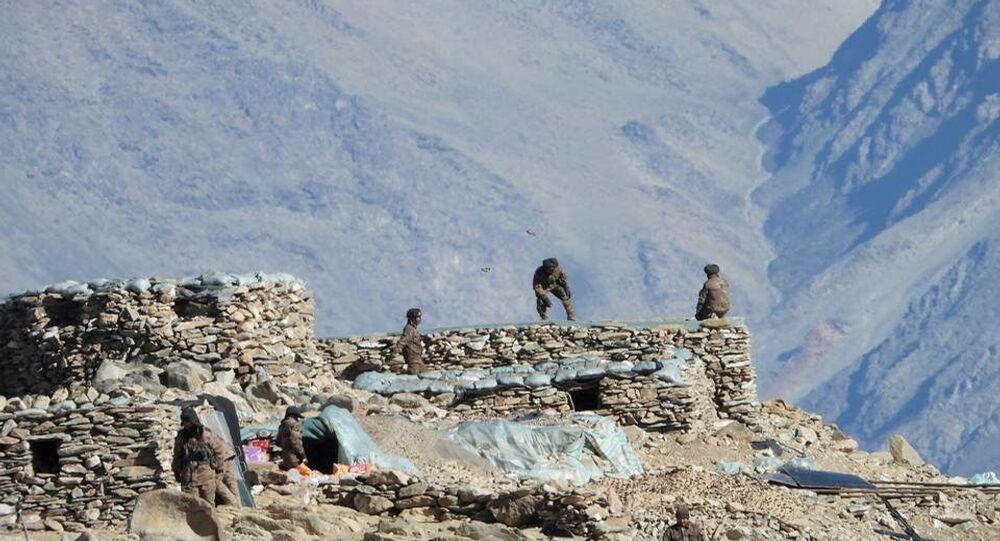 There's unease in India about the ongoing troop disengagement process with China at the Ladakh border, as both nations seek to end the year-long military standoff. According to reports in Indian media, Beijing told Delhi in April that it should be "happy" with what's been achieved and seek no more concessions.

On Tuesday, Sonia Gandhi, the chief of India's main opposition party Congress, hit out at Prime Minister Narendra Modi over the ongoing troop disengagement process at the Ladakh border with China.

"The disengagement agreement with China appears to have worked entirely to India’s disadvantage so far," said Gandhi, Congress' leader.

The disengagement process commenced in February this year – military commanders from both nations have so far held 11 rounds of talks in a bid to end the border stalemate.

To date, troops on both sides have retreated from one friction point on the northern bank of the Pangong Tso Lake, while China has reportedly pulled back troops from forward positions in the Galwan Valley.

Meanwhile, the Indian opposition has criticised the Modi-led government for agreeing to remove Indian troops from Kailash Range, another strategically located mountain post at the border.

According to media reports, Chinese negotiators told their Indian counterparts at the end of the 11th round of military commander-level talks on 9 April to be “happy” with what has been achieved regarding the troop disengagement so far. The Chinese commanders reportedly refused to vacate any more troops from the disputed border points after the pullout from Pangong Tso Lake.

Gandhi’s comments about the troop drawdown process come on the first anniversary of the deadly Galwan Valley clash between Chinese and Indian troops on 15-16 June last year.

Twenty Indian and four PLA soldiers were killed in the border conflict, as per official death toll released by both the governments.

It was the deadliest clash between the two Asian powerhouses since the 1962 India-China border war.

Gandhi, meanwhile, has also sought clarity on Prime Minister Modi’s statement on the battle, when the Indian leader claimed in a televised address that “nobody has transgressed” into the Indian territory.

“The Congress party reiterates its concern that no clarity is yet available and the Prime Minister’s last word on the subject a year ago was that no transgression had occurred,” she said.

“We have repeatedly sought details of the episode in light of the PM’s statement, as well as details of what progress has been made towards restoring the status quo ante prior to April 2020,” the Congress president added.