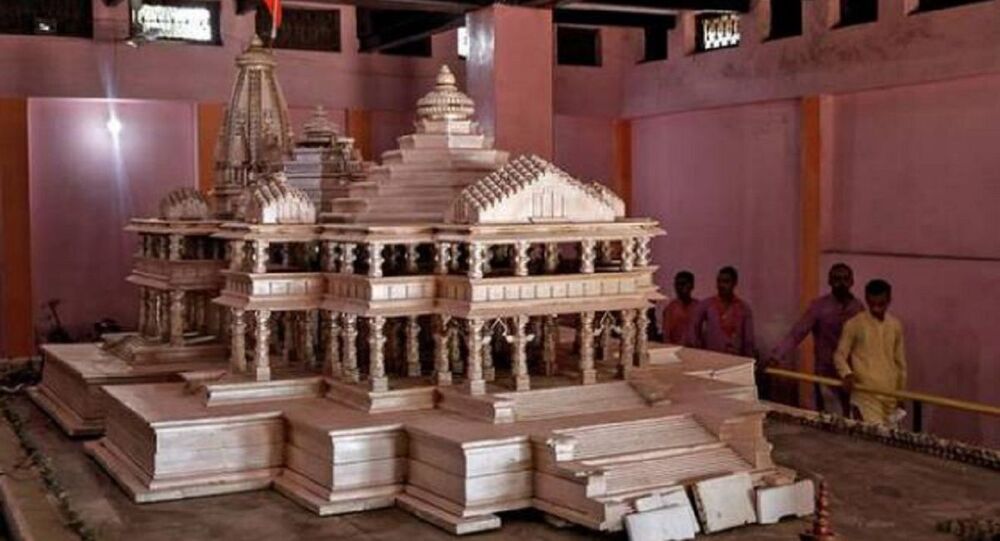 The temple dedicated to Lord Rama is set be built in India’s Uttar Pradesh state but people are calling foul play.

An Indian parliamentarian from the Aam Aadmi Party (AAP) on Tuesday claimed that a group of unidentified people attacked his home days after he flagged an alleged scam involving the purchase of land for building the Lord Rama Temple in Ayodhya city of Uttar Pradesh State.

Singh said despite the hooliganism, he won’t let anyone steal from the donation raised for constructing the Hindu temple, and said he was willing to die to protect the fund.

Uttar Pradesh’s main opposition party Samajwadi Party (SP) and the AAP, which rules Delhi, have claimed that the land purchase deal took place in March this year. They claim the deal involved two real estate dealers who allegedly purchased a property from an individual for INR 20 million ($273,056) and sold it within minutes to the temple’s trust for INR 185 million ($2.5 million)

The temple trust, however, denied the allegations in a statement late on Sunday night and issued another clarification on Tuesday too.

Sputnik tried to contact AAP leader Singh for comments but he didn’t answer.

The Delhi Police have initiated a probe and arrested two people.

Tweets from the official Twitter handle of Deputy Commission of Police (DCP) New Delhi read: “An attempt was made to deface the name plate at the residence of Sanjay Singh. Two persons have been detained in this regard. No physical injury has been caused to anyone. Further investigation is on.”

Another tweet said: “No attack or physical assault has taken place on Member of Parliament.”

An attempt was made to deface the name plate at the residence of Shri Sanjay Singh , MP. Two persons have been detained in this regard. No physical injury has been caused to any one. Further investigation is on.