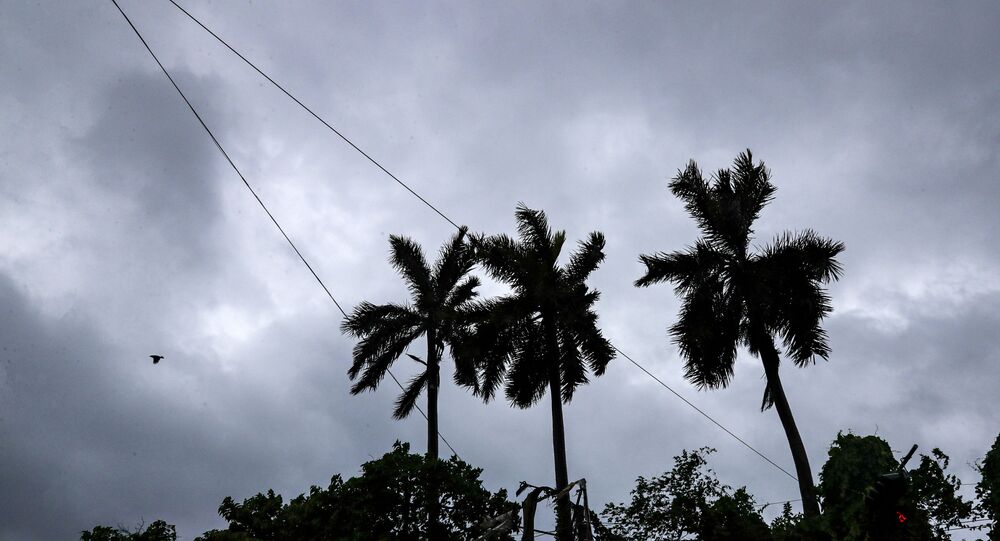 In April, Global Forest Watch revealed that India lost more than 38,000 hectares of tropical forest between 2019 and 2020, slashing the country’s tree covering by 14 percent.

Over the past few months, several environmental activists from the central Indian town of Jabalpur, also known as Marble city, have been hugging trees on a 150-year-old nature reserve.

Covering more than 1,000 hectares, the “Dumna Nature Reserve” is home to a large variety of plants and animals including leopards, snakes, jackals, crocodiles, peacocks and deer.

The thriving ecosystem also contains a reservoir called “Khandari” that provides water to the area's residents.

Hugging trees to oppose deforestation is a popular form of protest among many nature lovers, having been inspired by the 1974 Chipko Movement first witnessed in Uttarakhand state. “Chipko” is a Hindi verb that means “to stick”.

As the name suggests, people come together and hug trees and plants in areas that are under threat. Local artists from Jabalpur have created catchy rap songs to go with the videos of activists cleaning the nature reserve, and wrapping their arms around the trees there.

India’s Madhya Pradesh government is considering turning the nature reserve into either a tiger safari park or, preferably, a sports complex with a stadium, Jabalpur-based lawyer Somesh Awasthi told Sputnik.

The Bharatiya Janata Party-led government’s plans are seen as “development projects” to make the state more profitable for tourism.

Opposing the government’s plans, Awasthi said that although there’s an array of environmental reasons why constructing in the region is unnecessary, making a sports complex or a tiger safari are “not great ideas” either.

He said that the forest is located near Jabalpur airport and three key manufacturing units of the Indian Army: the Gun Carriage Factory, Vehicle Factory and Ordinance Factory.

Awasthi thinks if a sports complex is constructed so close to the airport, it would be a nuisance for the residents of this area on days of major events.

“A lot of trees will have to be chopped down to create the parking space alone. Second, no events will be allowed to be shot using drones anywhere near it because of the neighbouring army area. The nature reserve is the lungs of this city. Why add traffic and pollution by converting a perfectly maintained natural ecosystem into a jungle safari?” Awasthi added.

What Are the Activists Planning?

Members of the Indian Youth Congress (IYC) have warned the ruling Bharatiya Janata Party against damaging the natural habitat of thousands of flora and fauna species.

Talking to Sputnik, Samarth Awasthi, IYC spokesman revealed that the government has options to build a sports complex on another outskirt of the city, called the Neem Kheda Village.

He said the authorities are trying to destroy the Dumna Nature Reserve for selfish reasons, ignoring a existing alternative.

“Along with the land at Neem Kheda, there are hundreds of more land options available to the government for their ‘development projects’. The state government can choose any other empty land," the IYC spokesman said adding:

“So this plan cooked up by the state and the central government is unacceptable. No sportsman or sports lover would find any joy in playing over the graves of animals and trees."

News of the “Chipko Movement” aimed to “save Dumna” has reached a national level, after Jabalpur residents raised the issue on social media.

After witnessing support from nature-lovers from around India, the movement will then come onto the major streets of Jabalpur.

Local theatre artists and students will stage short street shows called “Nukkad Natak” in India, to spread awareness of their cause.

These skits will be recorded and uploaded on social media to draw support from more people.

Activists participating in the movement said if their cause manages to get enough supporters, the government would have to consider leaving Jabalpur’s nature reserve alone, as it is.

Last year, a major uproar erupted in Mumbai in Maharashtra state when more than 2,000 trees were chopped down overnight in the “Aarey Colony” forest.

The Mumbai Metro Rail Corporation Limited (MMRCL) employed 70 men to chop the trees down for a metro project in the urban jungle that was also home to animals, plants and tribal communities.