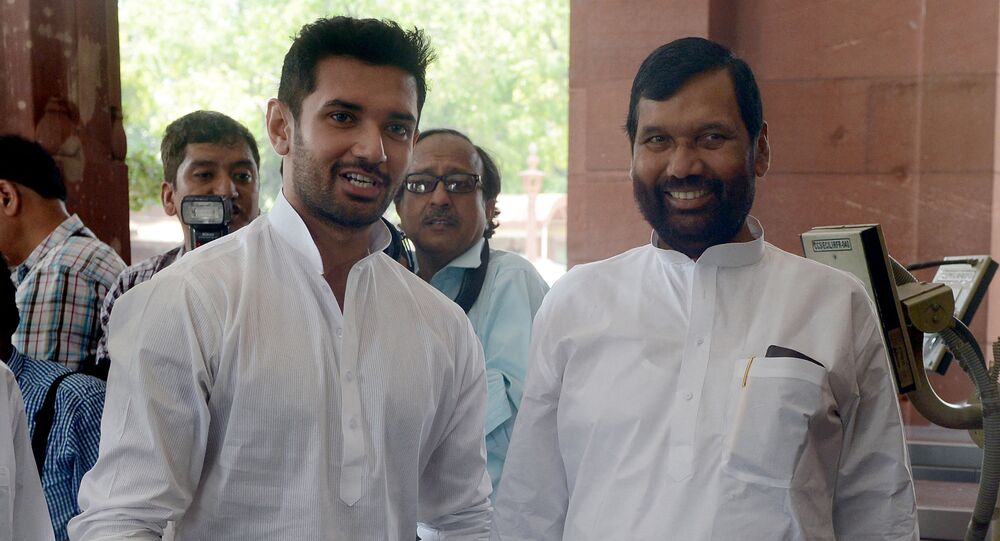 After the rebellion, Chirag Paswan went to his estranged uncle's residence to clear the air but was denied entry for 15 minutes. Later, Pashupati Kumar Paras was unanimously elected leader of the Lok Janshakti Party (LJP) in the lower house of the Indian Parliament.

In a blow to Chirag Paswan, the chief of the Bihar-based Lok Janshakti Party (LJP), five members of his party revolted against him and approached Parliament Speaker Om Birla to acknowledge them as a breakaway group.

The coup was said to have been arranged by Paswan's uncle and lawmaker Pashupati Kumar Paras. The rebels - Veena Devi, Chandan Singh, Prince Raj, Mehboob Ali Qaisar, and Chandan Kumar - have demanded Paras be made the new party chief.

According to sources, Paras was unhappy with his nephew's political stance against Bihar State Chief Nitish Kumar after officially assuming the lead of the party after his father, Ram Vilas Paswan - one of the most famous Dalit leaders in the country - died last year at the age of 74 before the state assembly elections in 2020.

"Five lawmakers wanted to save our party. So, I have not split the party, I have saved it. Chirag Paswan is my nephew as well as the party's national president. I have no objection to him", Paras told reporters.

According to reports, Kumar has promised Paras a position in Indian Prime Minister Narendra Modi's Cabinet of Ministers.

Ties between Paras and Chirag Paswan have been tough since his father's death in October of last year when Chirag threatened to expel his uncle. In retaliation, Paras said, "Your uncle is dead to you from now". Since then they have communicated with each other through official letters.

"Chirag should have known this would happen. We were waiting for a go-ahead from the top to write to the Speaker. Because of Chirag, we suffered so badly in the assembly elections. He will bring down the party with himself. All the party decisions, including the drastic ones, were taken by him without informing us", an LJP leader told Sputnik on condition of anonymity.

Before the polls, Chirag - a self-proclaimed Modi loyalist - called off the official alliance with the Bharatiya Janata Party (BJP) and Janata Dal (United) in Bihar, citing differences with Nitish Kumar. He retreated with the war cry: "We don't have enmity with BJP, but won't spare Nitish".

This ruffled several leaders in the party who accused him of "selfishly calling the shots''. In February of this year, more than 200 LJP party members - including former state General Secretary Keshav Singh - joined the JD(U).