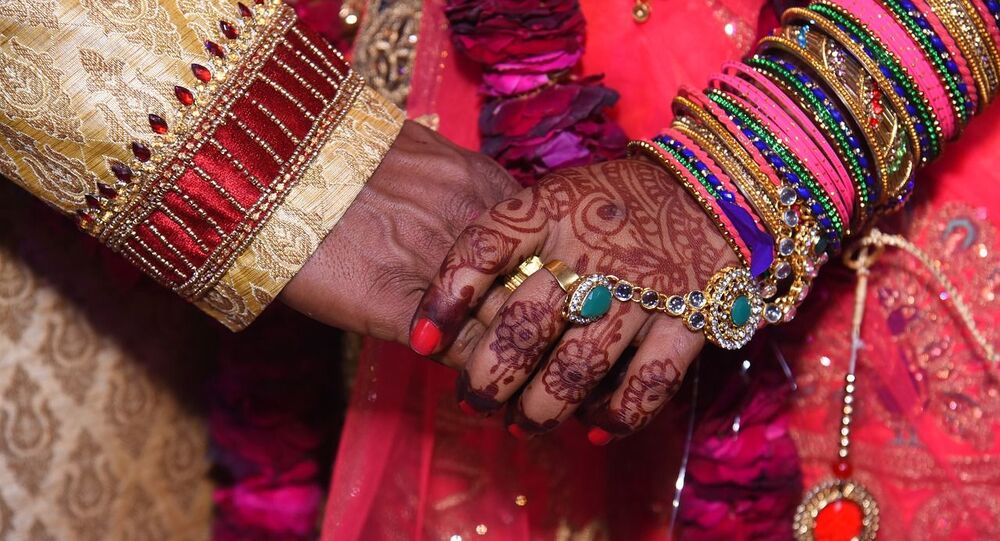 After the invitation card for a wedding between Socialism and Mamata Banerjee went viral, social media users have been left bemused. Meanwhile, the wedding was kept low-key due to the ongoing COVID-19 crisis.

The much-hyped wedding in the state's Salem district, which was a low-key affair due to the ongoing coronavirus pandemic, has become the talk of the town. The wedding ceremony was also attended by the Communist Party of India's Tamil Nadu State Secretary R. Mutharasan.

Socialism's father, A. Mohan, is the Salem district secretary of the Communist Party of India (CPI) and named his three sons Communism, Leninism, and Socialism - and true to the family tradition, Communism named his son Marxism.

"We had to contend with a very few relatives and friends owing to COVID-19 protocol. Thanks to my son's name, the marriage went viral and several people from across the country and abroad called me and wished the young couple all success in life", Socialism's father, A. Mohan, told the media.

© AP Photo / Bikas Das
Mamata Banerjee Named in Bribery Case as Political Tussle With Modi Continues
Interestingly, Mamata Banerjee is their distant relative and her father was a Congress worker and fan of West Bengal's state chief, also named Mamata Banerjee. The West Bengal chief minister was earlier a leader of India's main opposition party, the Indian National Congress (INC), and was the president of the Indian Youth Congress.

Reportedly, members of the family wanted a small wedding, but after the invitation card went viral, many people reached out to them to shower blessings on the couple. Meanwhile, senior Congress leader Shashi Tharoor also took to Twitter and reacted to the wedding.

Only in India: on June 13, Mamata Banerjee will wed Socialism in a ceremony attended by Leninism & Communism, while Marxism looks on. The ceremony will be presided over by Lenin. The offspring may be named Cubaism. #SMH !! https://t.co/nIFBVNpJbd

Here are some of the quirky reactions of netizens:

//The wedding of Socialism with Mamata Banerjee, in the presence of Communism and Leninism https://t.co/hzDGZVIgph

#Naming the New Born is no more the sturdiest Puzzle on 🌎.🤣#P Mamata Banerjee to Wed AM Socialism in Tamil Nadu, Wedding Card Goes Viral https://t.co/xtR1CpPbsY