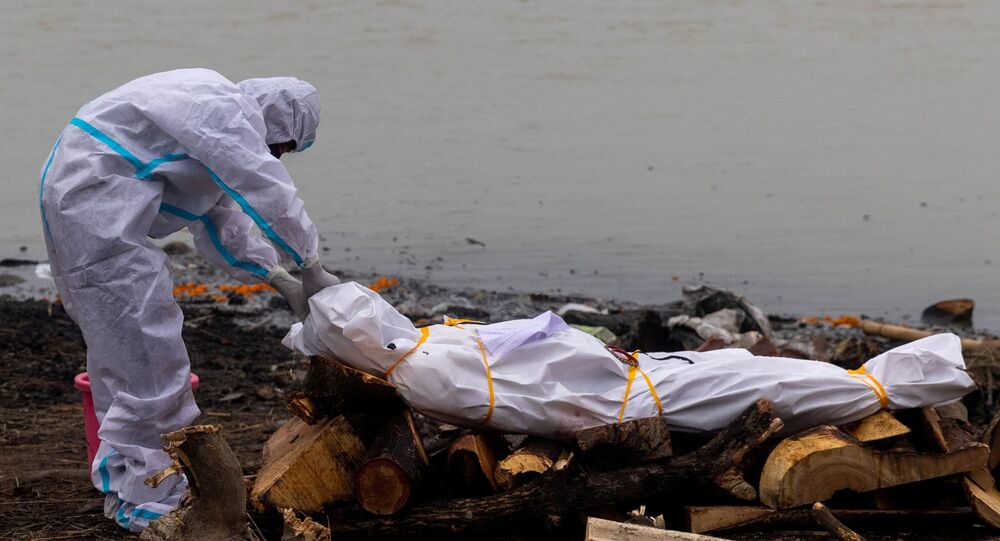 The Economist reported on Saturday that India's COVID-19 death toll could be more than two million. As of Sunday, according to Indian government data, the country's fatalities stand at 370,407.

India's federal Health Ministry has refuted a claim made by The Economist, which says that the nation's death toll from the coronavirus could be up to "five-to-seven times" higher than the official number.

The ministry said the "unsound analysis of the said article is based on the extrapolation of data without any epidemiological evidence".

In its article, the publication referred to a study published by Chris Leffler from Virginia Commonwealth University.

​"An internet search of research studies in scientific database such as Pubmed, Research Gate, etc., did not locate this study and the detailed methodology of this study has not been provided by the magazine either", the Health Ministry said in its release, adding "there is no peer reviewed scientific data available on such study".

The studies used by The Economist to estimate mortality are not validated tools for determining the death rate of any country or region, the ministry said.

Last month, The New York Times reported that India's death toll could be as high as 600,000. At the time the report was published, the country's official death toll was 315,000. The federal ministry dismissed that report too, calling it "baseless and false".

The Indian Health Ministry asserts that it has been transparent in its methodology for COVID data management. As of Sunday, the country's death toll from coronavirus stands at 370,407.