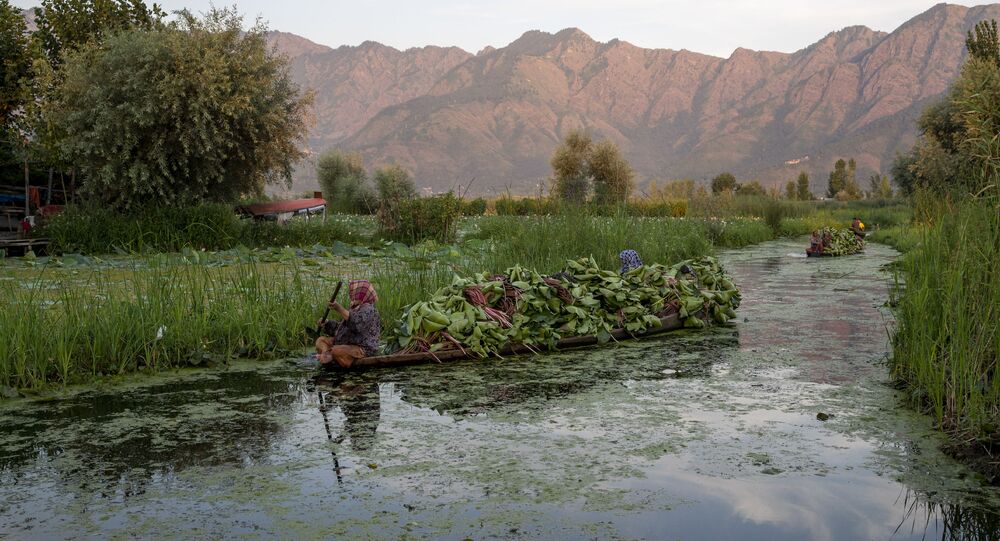 On 5 August 2019, Prime Minister Narendra Modi abolished Article 370 of the Indian Constitution that granted special autonomy to the Muslim-majority state of Jammu and Kashmir (J&K). The autonomy allowed the state legislature to make its own laws and banned non-natives from getting government jobs.

Speaking to a Pakistani journalist, Congress Party member Digvijay Singh from the central Indian state of Madhya Pradesh said that the revocation of Article 370 may be "re-looked" by the Indian National Congress (INC). The next national election in India is scheduled for 2024, wherein the Congress Party aims to make a comeback as the ruling government of India after a hiatus of 10 years.

"There was no democracy in Kashmir when they revoked Article 370, 'insaniyat [humanity]' was not there as they [the government] had put everyone behind bars. Meanwhile, 'Kashmiriyat' is something that is based on the fundamentals of secularism because it was a Muslim-majority state once ruled by a Hindu king. The decision of revoking Article 370 and reducing the statehood of J&K is a sad decision. And the Congress Party will certainly have to re-look at this issue", Singh said during the aforementioned chat, a screen recording of which has since gone viral.

@digvijaya_28 telling Pakistani that Congress would reconsider decision of revoking Article 370 once they are in power. Final #ClubHouse pic.twitter.com/aGosQctXbp

© Photo : Nighat Abbas/ Twitter
Pakistan FM Backtracks on Kashmir After Saying Article 370 is India's Internal Matter
The 74-year-old politician was responding to Pakistani journalist Shahzeb Jillani, who now resides in Germany, and who expressed "shock" about the changing horizons of Indian politics under PM Modi.

The journalist alleged that the Indian government's decision strip J&K of its special status has further strained diplomatic relations between India and Pakistan.

Several leaders from the governing Bharatiya Janata Party (BJP) reacted strongly to Singh's controversial statement. Sharing the screen-recording of the Clubhouse chat, several BJP leaders have since shot back at the Congress Party member.

Digvijay Singh on being questioned by a Pak Journalist,on getting rid of “Modi” & on Kashmir policy, says that if Congress comes back to power they would have a rethink on Article 370,May restore it
He also talks about Hindu fundamentalists
Congress a clubhouse of Anti-nationals https://t.co/2phVpWv1TF

Not surprising that Digvijay Singh has tied the fortunes of congress party with Art 370, both are NOT going to comeback anymore.#Clubhouse

This is a huge huge self goal at the very least and some would say yet another attempt to stand with Pakistan on the issue of abrogation of Art 370! https://t.co/JnAO75DQWB

​Shivraj Singh Chauhan, the state chief of Madhya Pradesh tweeted a video message warning his Congress counterpart Singh that it appears like the party is supporting Pakistan in the Kashmir issue. Chauhan also noted that it was the Congress Party that gave J&K the special status after independence.

© AP Photo / Mukhtar Khan
Unidentified ‘Terrorists’ Open Fire at Police, Indian Army Checkpoints in Kashmir's Shopian
The revocation of J&K's special status, according to the government, is intended to further develop the region, provide employment, and education for residents while sending a message to Pakistan that the territory belongs solely to India.

The region has often been the scene of violent encounters between purported terrorists and Indian security forces. The latter have escalated in recent months. As per J&K police, a total of 221 terrorists were killed in over 100 encounters with India's security forces in 2020 alone.