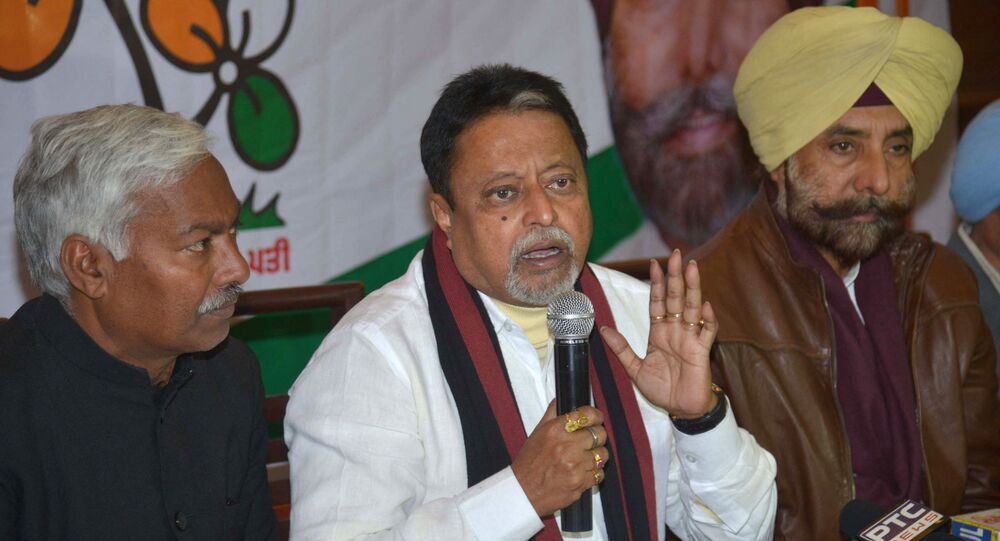 The legislator's move to return to his former party is a feeling that has possessed several turncoats who claim to feel suffocated at the hands of BJP's leaders in Delhi.  Meanwhile, the West Bengal BJP has set up a disciplinary action committee to take action against leaders who are refusing to toe the party line.

In what was nothing less than a double-whammy to Indian Prime Minister Narendra Modi, Bharatiya Janata Party (BJP) vice-president Mukul Roy and his son Subhrangshu, have quit his party and returned to Mamata Banerjee's Trinamool Congress (TMC).

Putting an end to a month of speculation, Roy met the Trinamool boss at her party's headquarters in Kolkata on Friday and addressed the media jointly.

Welcoming Roy back to the party, Banerjee said: "Mukul has returned home. He was never a traitor, unlike others. During the election, he did not make any anti-TMC statements. He has found peace by returning to his former party. Mukul will continue to play the same role in our party that he used to play."

Before the elections, the BJP managed to poach 25 legislators and senior leaders from Banerjee's fold. Roy, once considered Banerjee's right-hand man, was the first big name to leave Trinamool in 2017.

The BJP fought one of the highest-stake elections in West Bengal, but could only secure 77 seats. Mamata Banerjee took oath as state chief for the third time in May after winning a landslide 213 of the 292 assembly seats.

Touted as the "chanakya" or strategist for BJP, Roy has been credited for BJP's stellar performance in the 2019 general election when the party managed to secure 18 out of 42 seats for the first time.

However, according to sources, Roy was not content with the saffron party's decision to make him contest the West Bengal State assembly elections. Matters soured when a recent turncoat, Suvendu Adhikari, was made leader of the opposition in the West Bengal Assembly.

Earlier this month, Mamata Banerjee's nephew, Abhishek Banerjee, visited Roy at the hospital where his wife had been admitted. The next day, Modi reportedly spoke to Roy on the phone to ask about his wife's health.

"No one will stay in the BJP for long," Roy told reporters. "I will never return to the BJP and I will never be with them, given the condition of the BJP in Bengal," he added.

​Sources earlier confirmed to Sputnik that at least 12 legislators and up to four parliamentarians from the BJP have been in touch with the TMC top brass about rejoining the party. Banerjee's former aide Rajib Banerjee, as well as Sonali Guha and Sarala Murmu, are among other senior member who have expressed a desire to rejoin the TMC.

When asked whether more leaders will be welcomed, Banerjee said: "More will come. As you know... old is gold. Only those who are sober and those who don't encourage bitterness are welcome."

"The BJP is destined to fall like a house of cards in Bengal very shortly," wrote TMC lawmaker Sukhendu Sekhar Ray on Twitter.

BJP is destined to fall like a house of cards in Bengal very shortly. Today's development is beginning of that end. Shall be difficult to count the numbers of camp deserters. Come and call again Didi O Didi... And get again a good rebuff...BHAI.