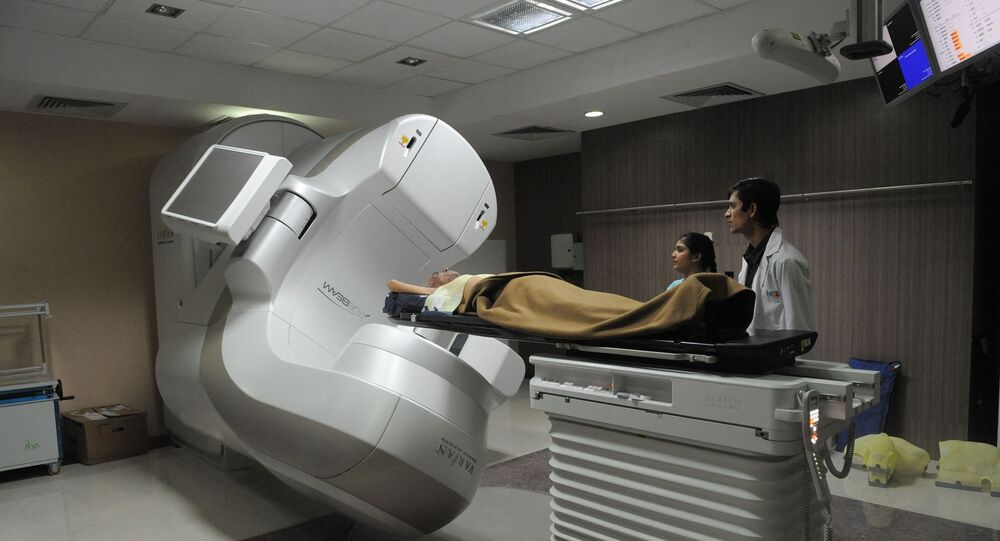 According to National Cancer Registry Programme Report, the number of cancer cases in India is likely to rise to more than 15 million by 2025. Researchers from India's IIT-Bombay institute developed the country's first indigenous CAR-T therapy using clinical inputs from a team of oncologists with the goal of making the treatment cost-effective.

In an attempt to make cancer treatment affordable, the Indian government has approved a grant of $2.8 million to conduct the first-in-human phase-1/2 clinical trial of Chimeric Antigen Receptor T-cell (CAR-T) therapy in the country. The funding has been made available to researchers days after the first CAR-T cell therapy (a type of gene therapy) was performed at the Bone Marrow Transplant unit at the Tata Memorial Hospital in Mumbai.

"If the trials are successful, it may save millions of lives by making the treatment available in India at an affordable cost. It is the research of the Indian Institute of Technology-Bombay that is expected to touch the lives of all,” Subhasis Chaudhuri, director of IIT-Bombay, said.

© CC0
BioNTech Founder Says mRNA Tech Being Studied for Use in Cancer Vaccines
The treatment of cancer generally involves surgery, chemotherapy, radiation therapy, hormonal therapy, targeted therapy, and palliative care. However, immunotherapies (CAR-T) that enlist and strengthen the power of a patient's immune system to attack tumours have emerged as a 'game changers' in the treatment of cancer. Clinical trials conducted across the world have shown promising results in end-stage patients, especially in those suffering from acute lymphocytic leukemia. Reportedly, each patient's CAR-T cell therapy costs around $548,174.

"If successful, many of our patients can be treated closer to home at a fraction of the cost. However, we will need to wait for a few years for the trial data to be released and regulatory approval obtained before it becomes the standard of care," Dr Vijay Agarwal, the lead and senior consultant in Medical Oncology at the Aster RV Hospital in Bangalore, told Sputnik.

The World Health Organization suggested in its latest report that out of 100,000 people, 79 die from cancer in India and the number of deaths from the disease in India is 6 percent of global cancer-related deaths.

CAR-T is a type of immunotherapy where the patient’s own immune cells (T-cells) are collected, re-engineered to fight the cancer cells, and given back to the patient. In this procedure, blood from a vein in the patient’s arm is taken through a tube into an apheresis machine (which separates the blood into its constituent parts). This removes the white blood cells, including the T-cells, and sends the rest of the blood back inside the patient's body. Then, the gene for a special receptor - called a chimeric antigen receptor (CAR) - is inserted into the T-cells in the laboratory.

Several oncologists told Sputnik that CAR-T therapy is currently approved by the Food and Drug Administration (FDA) for certain lymphomas and leukemia types. However, many clinical trials are underway in many other types of cancers.

What Makes This Treatment Different From Other Cancer Therapies?

© Photo : NUST MISIS
Ultra-Precise Microthermometers From Russia Will Increase Efficacy of Cancer Therapy
CAR-T therapy takes advantage of the body’s own immune system, which when manipulated to better identify the cancer cells, attack, and kill the cancer cells. This is different from chemotherapy which kills rapidly multiplying cells of which the cancer cells are only one type. CAR-T therapy is more targeted and specific to cancer cells.

"Dramatic clinical responses and high rates of complete remission have been observed in the setting of CAR-T cell therapy of B-cell malignancies. This resulted in two recent FDA approvals of CAR T cells directed against the CD19 protein for the treatment of acute lymphoblastic leukemia and diffuse large B-cell lymphoma. Thus, CAR-T cells are arguably one of the first successful examples of synthetic biology and personalised cellular cancer therapy to become commercially available," Dr Rajan Verma, medical director at Oncquest Laboratories, told Sputnik.

Though CAR-T is a reasonably safe and effective treatment, one should be aware of some of the side effects of the sudden release of certain substances called cytokines, which can cause significant inflammation in the body called cytokine release syndrome.

"CAR-T cell therapy is the epitome of hope in an ocean of uncertainty. It gives a glimmer of hope to the patient suffering a relapse where most of the standard treatment has failed. It can convert the cancer into remission," Dr Preetam Jain, medical oncologist at Bhatia Hospital Mumbai, told Sputnik.

End of an Era: Doyen of Cancer Care in India Dr V Shanta Passes Away