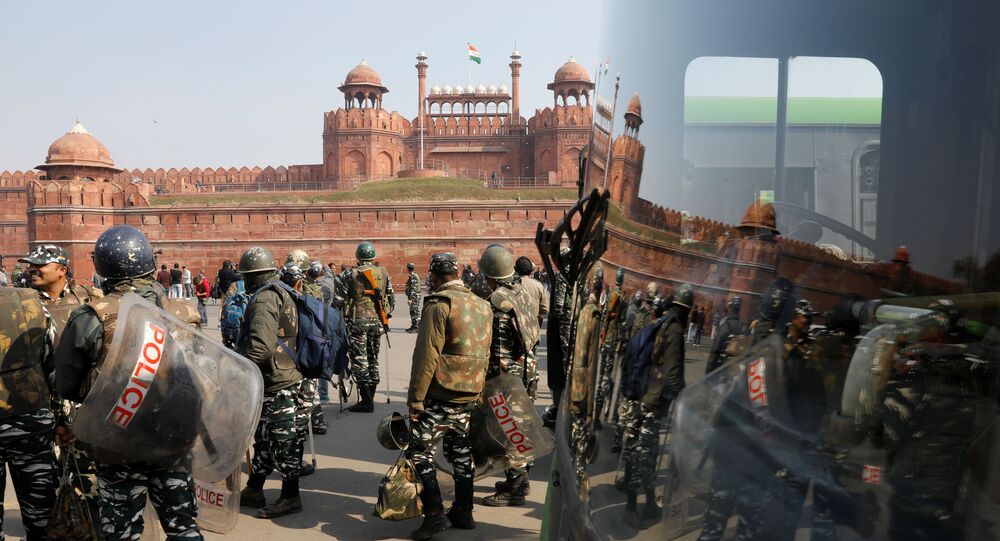 Last year in June, a similar call was received in Mumbai city (Maharashtra state) after which city police beefed up security around the Taj Mahal Palace hotel and Taj Lands End hotel. The bomb threat call was made to the hotels from Pakistan.

Security agencies in India have been put on alert after a caller informed that terror attacks may be carried out in the country, a security official confirmed to Sputnik on Tuesday.

According to the senior official from India's counter-terrorist task force, the National Investigation Agency (NIA), they received a call on 3 June in which the caller stated that a terror attack like 26/11 (the 2008 Mumbai attack) is likely to happen and it will be executed in the coming days.

"The caller also revealed that in order to carry out the attack, bullets and improvised explosive devices (IED) are being smuggled into the country through Nepal and Bangladesh," the official said, requesting anonymity.

An initial investigation has revealed that the call was made from West Bengal state, following which teams have been put on alert.

"All agencies are coordinating on this threat. We are not taking the call lightly and will investigate the matter from all angles," the officer said.

On 26 November 2008, a group of 10 terrorists associated with the Pakistan-based terrorist organisation Lashkar-e-Taiba (LeT) had launched a series of coordinated attacks at multiple locations in Mumbai and left 166 people dead.

Nine of the 10 terrorists were gunned down during the attacks; one was captured alive and later executed by hanging in India on 21 November, 2012.