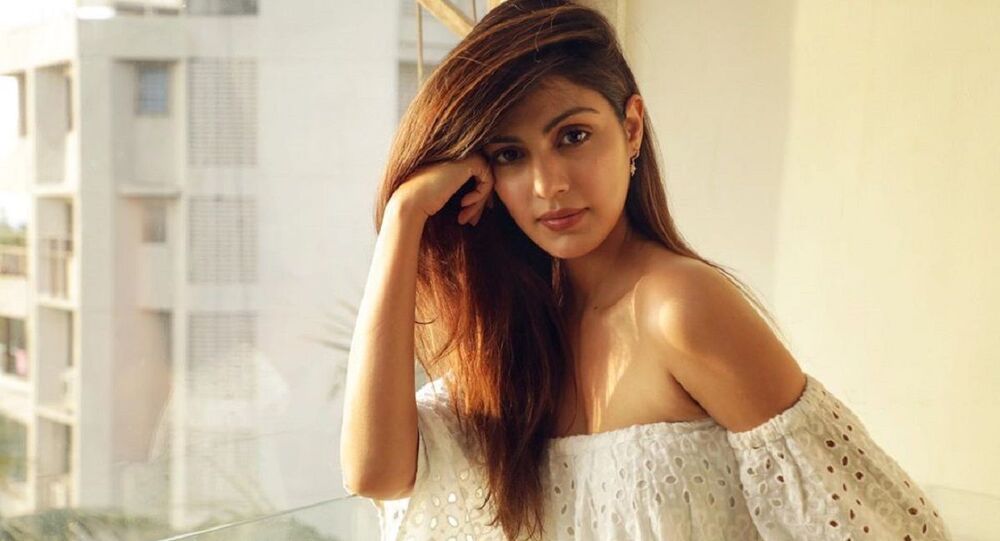 A Bollywood controversy involving the death of actor Sushant Singh Rajput last year and the arrest of his girlfriend actress Rhea Chakraborty for allegedly supplying drugs to him and being linked to the local drug 'nexus' created an uproar. After spending 28 days in jail, the actress was granted bail in October 2020.

Actress Rhea Chakraborty is once again in the limelight, after recently being declared No. 1 in ‘The Times Most Desirable Woman Of 2020 list’.

The news has triggered a wave of hilarious memes on social media, since Bollywood fans know she is still a prime suspect in the murder case of her boyfriend-actor Sushant Singh Rajput.

Declaring her the most desirable woman of 2020, the jury praised Rhea for bravely enduring all the criticism and harassment she was subjected to by the netizens and media over the controversy around the death of her boyfriend actor Sushant Singh Rajput that unravelled the illegal narcotics scene in Bollywood.

"Thrown into the Colosseum, she was a gladiator wrestling several beasts, as they ripped apart her reputation, loved-ones, and career, while the audience watched on. But she didn’t break, and held her own through it all," the Times report reads.

"Though she never asked for this ugly role (or to be called a gold-digger, a murderer, a drug peddler and a witch, for that matter), she retained her dignity amidst a barrage of insinuation and abuse. With her strength, resilience and prolonged restraint, she rose above it," it adds.

Calling it a big joke, many netizens have raised questions over declaring Rhea, one of the prime suspects in the untimely death of Sushant, the top-most desirable woman of 2020.

Finding it unbelievable, some netizens have also sparked a meme fest on Twitter and are referring her as the most "undesirable".

​Some have also come out in her favour and voiced their admiration for her ability to endure all the criticism with grace and dignity.

On 14 June, 2020, Bollywood actor Sushant Singh Rajput was found hanging from a ceiling fan at his Mumbai flat. His death sparked off an uproar as his fans alleged it was murder rather than suicide.

His girlfriend, actress Rhea Chakraborty, was arrested by the Narcotics Bureau for allegedly providing drugs to the actor. The case is being probed from different angles by three top investigative agencies - the Central Bureau of Investigation (CBI), Enforcement Directorate (ED), and Narcotics Control Bureau (NCB).