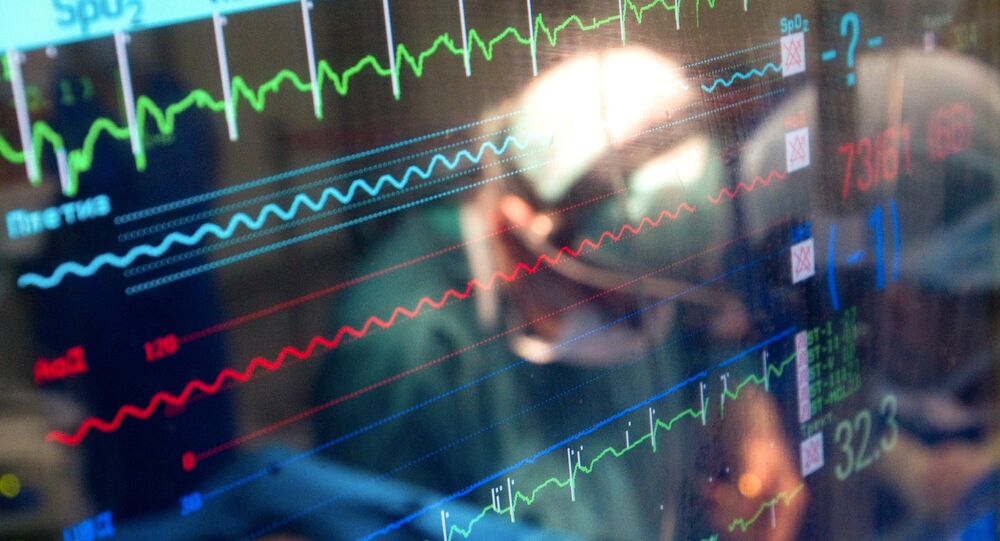 With COVID wreaking havoc, the aftermath of the pandemic is causing even greater problems. Several cases of rare diseases resulting from becoming with coronavirus have been reported all around the world. India also reported some similar cases which have triggered fear among the medics.

A rare case of inflammation of the heart's muscles (myocarditis) was recently found in an 18-year-old boy in India’s capital city Delhi.

Abdullah, from Delhi’s Chandni Chowk, was rushed to the hospital after he lost consciousness. His family told doctors that he had been complaining of fatigue and difficulty breathing.

The doctors conducted routine tests including the RT-PCR test, to verify whether he had COVID-19.

The COVID-19 test came back negative but his heart was found to be enlarged, weak and functioning poorly.

His echocardiogram, a form of imaging which is similar to ultrasound, revealed that the heart had started to fail with reduced pumping leading to build-up of fluids in the lungs which accounted for the shortness of breath.

Explaining myocarditis, Dr Ashwani Mehta, the senior consultant in the cardiology department at Delhi's Sir Ganga Ram Hospital, told Sputnik on Monday: “Fast heartbeat and a fall in blood pressure can be seen in some patients but the occurrence of myocarditis (inflammation of the heart's muscles) and heart failure after COVID-19 is rare."

He added that it, “is a life-threatening complication needing urgent attention”.

The doctors also conducted a test showing that Abdullah's antibodies were unusually high confirming the suspicion of post-COVID-19 cardiac impairment.

“The patient was asymptomatic and he was in a serious condition. His heartbeat, when he was admitted to the hospital, was around 180 to 190 [beats per minute]. We started treatment for myocarditis. We gave him an electric shock to control the heartbeat, gave him intravenous drugs such as cordarone, magnesium, xylocard and beta blockers, to stabilise the situation,” Dr Mehta said.

He also said that if not diagnosed and treated at an early stage, this could be fatal. However, the patient has been treated successfully and is now recuperating at home.