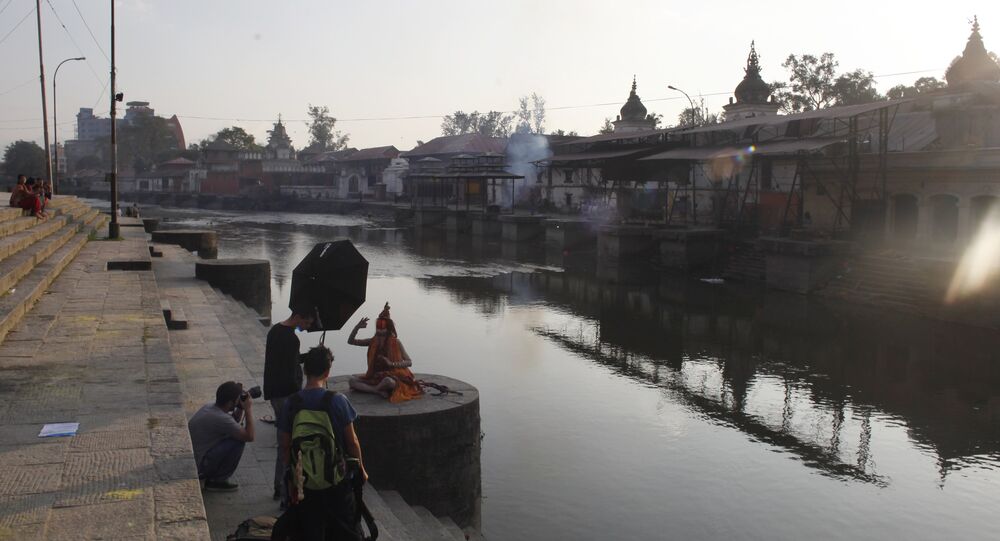 Although it emerged relatively unscathed from the first COVID-19 wave, Nepal has experienced a devastating second surge since April. The spike in infections in recent months has been blamed on the Delta variant, first found in India. Both India and China, Nepal's two big neighbours, have helped Kathmandu with its COVID response.

Nepal's Prime Minister Khadga Prasad Sharma Oli has issued a gentle rebuke to India because of how its vaccine supplies from its South Asian neighbour were disrupted. He believes New Delhi could have done more for Kathmandu to help combat the recent surge in COVID-19 infections.

"I don't want to criticise India - they have helped us with supplies of medical oxygen and vaccines during the outbreak. But they could have done more," Oli said in an interview to the British Broadcasting Corporation’s (BBC) Hindi language service.

"India will not be safe from the outbreak until Nepal is safe. We share an open border," stated the Nepalese leader.

According to the 1950 Treaty of Peace and Friendship between India and Nepal, citizens of the two countries are not required to have a visa to cross the border between them.

“Our people are linked by cultural and family ties. Even if we close the border, the transmission won’t stop as it would be difficult to stop the movement of people,” said Oli.

Prime Minister Oli's remarks come against the backdrop of a deadly second COVID-19 surge that’s been sweeping the Himalayan nation, sandwiched between India and China, since April.

According to Nepal’s federal Health Ministry, the nation passed the 600,000-infections mark on Sunday, with 3,479 new infections reported on the day. The second COVID surge, which peaked in May, has been largely blamed on the Delta Variant (B.1617.2), first detected in India.

New Delhi has so far donated a million doses of India-manufactured Covishield vaccine to Nepal, having supplied another 100,000 doses as part of a commercial order of two million jabs, according to New Delhi’s Ministry of External Affairs (MEA).

Doses of the India-made Covishield vaccine, originally developed by British pharmaceutical giant AstraZeneca, have also been supplied to Nepal via the World Health Organization-backed (WHO) COVAX initiative.

However, India’s unofficial export ban on the vaccine exports, amid a devastating second COVID wave, has led to New Delhi diverting supplies for domestic use rather than fulfilling orders from foreign governments.

“India has not enforced any restrictions on exports of COVID-19 vaccines… We will export vaccines taking into account the domestic demand,” India’s External Affairs Ministry spokesperson Arindam Bagchi said at a weekly briefing in April.

In his interview to the BBC, Prime Minister Oli said that Nepal must be treated “differently” from other nations since it is a close neighbour of India.

“I appeal to Prime Minister Narendra Modi not to treat us like other countries. It is in India’s interest to control the rising infections in Nepal,” said Oli.

Amid New Delhi’s inability to fulfil its vaccine supply commitments, Chinese President Xi Jinping last month pledged to donate a million doses of Beijing-backed Sinopharm vaccine. The commitment by the Chinese leader was made during a telephone call with his Nepalese counterpart Bidya Devi Bhandari, according to a Twitter post by Beijing’s envoy to Kathmandu Hou Yanqi.

In March, China had already donated 800,000 doses of the vaccine to Nepal.

Furthermore, US President Joe Biden announced last week that Washington would also donate its stockpiled vaccines to Nepal and other South Asian nations. Prime Minister Oli took to Twitter to express his gratitude to Biden for supplying the much-needed vaccine doses.

Oli refused to rate the response of India and China to Nepal’s second wave, when asked by the BBC who he thought had helped Kathmandu the most during its second wave of infections.

“Such matters must not be politicised… Both India and China have been helping us with vaccines and other medical supplies,” the Nepalese leader quipped.

Besides the surge in infections, Nepal has also been in the middle of a political crisis, with Prime Minister Oli dissolving parliament last month and calling for fresh polls.

Nepal’s opposition parties and some of Oli’s critics in his ruling Communist Party of Nepal (CPN) accuse him of working at India’s behest, a charge Oli denies.

Nepal, which has traditionally relied on India for sustaining its economy as well as meeting its military needs, has been growing closer to China in recent years.

Many observers in the region view Nepal as emblematic of India-China competition in South Asia, on the back of bolstering of ties between Kathmandu and Beijing.