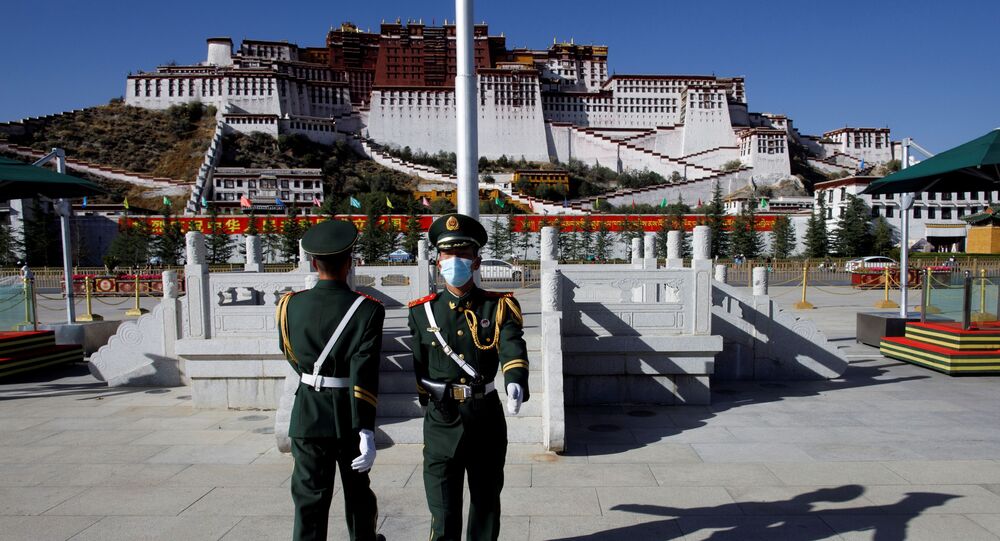 Officially, India doesn’t recognize China’s Tibet Autonomous Region (TAR) as an independent nation and agrees with the One-China Policy. However, support for the Tibetan cause has been growing in the South Asian country in recent years, more so since the eruption of the deadly Ladakh border standoff last year.

India’s leading Hindu nationalist outfit Vishva Hindu Parishad (VHP) has described China’s “occupation of Tibet as an unpardonable sin”, as it extended its felicitations to the newly elected leader of Tibet's government-in-exile Penpa Tsering in a congratulatory letter on Sunday night.

“Through abuse and breach of trust, it (Tibet) has been militarily invaded and colonised by the Communist Party of China (CPC), that has no respect for Mother Nature and life, and Tibet’s Buddhist identity is being blatantly destroyed by this expansionist, colonial and toxic power,” said the letter, signed by the organisation’s Secretary General Milind Parande and joint general secretary Swami Vigyananand.

“This cannot be allowed to go unchallenged,” the VHP stated.

​The VHP, or the Global Council for Hindus, is an ideological ally of Prime Minister Narendra Modi’s Bharatiya Janata Party (BJP). It is one of the three organisations that make up the so-called Hindu nationalist "troika", the other two being the BJP and the Rashtriya Swayamsevak Sangh (RSS), the ideological parent of the governing outfit.

The letter by the VHP comes just days after the Tibetan diaspora in over 25 countries went to the polls to choose their next leader. Penpa Tsering, the former speaker of the Tibetan Parliament in exile, was elected as the new President of the Central Tibetan Administration (CTA) in the results announced last month.

In his inaugural address as the new CTA President, Tsering called upon China to invite delegates from the international community to take stock of the ongoing political and development situation in the Tibet Autonomous Region (TAR).

“The international community also appreciates your bold statement that we are not going to accept any interference from the Chinese government in the religious matters of the Tibetan people, especially in matters related to the reincarnation of the Dalai Lama,” stated VHP’s letter.

It further accused China’s ruling Communist Party of destroying Tibet’s Buddhist heritage and killing thousands of Tibetans in its bid to expand Beijing’s influence in the high-altitude Chinese region that borders India and Nepal.

“The Communist Party of China (CPC) under Mao Zedong persecuted tens of millions of people, while the estimated number of deaths in his brutal regime ranged from 15 to 55 million. It killed some 87,000 Tibetans, and some 100,000 Tibetans had to flee as refugees to India, Nepal and Bhutan,” VHP noted.

Thousands of Tibetan refugees, led by the current Dalai Lama, fled to India after Beijing cracked down on an uprising against Communist Party rule in the region in 1959. The Tibetan refugees established Dharamshala, a hill town in India’s Himachal Pradesh state, as the seat of their government-in-exile.