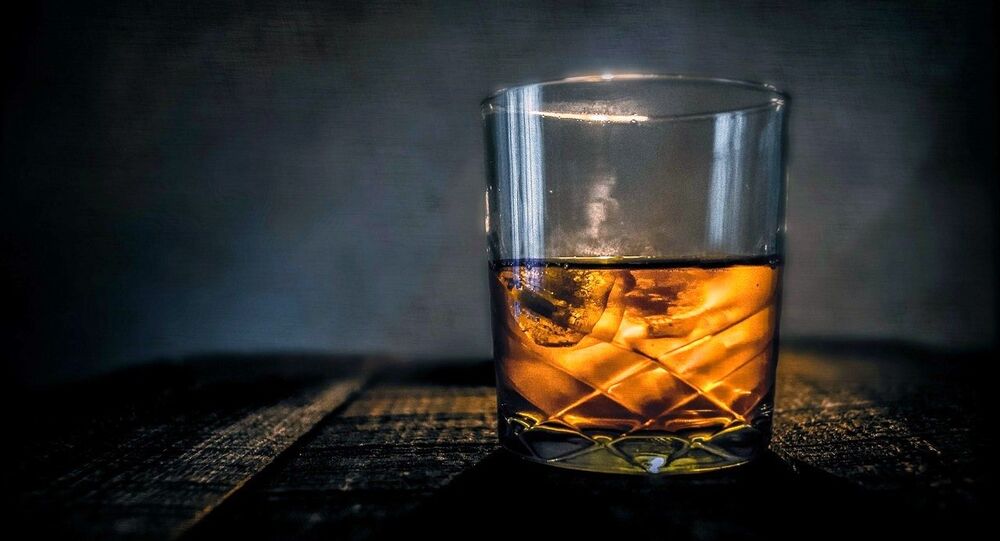 With imports estimated at $178 million, India emerged as the third largest destination for British whisky, behind France and the US. India’s whisky exports to the UK are said to top no more than $685,000. Slashing import duties on British-made liquor is a major UK demand as London seeks to negotiate a free trade agreement with Delhi.

India's alcohol producers have expressed serious concerns to the federal Commerce Ministry over demands to reduce import duties on British whisky in a proposed free trade agreement (FTA) with the United Kingdom, arguing that such a move would lead to revenue losses for Indian breweries and distilleries.

The concerns by India's alcoholic beverage producers are said to have been conveyed to the ministry.

“One expects the government of a country to look after the interests of domestic businesses,” stated Thrivikram G Nikam, the executive director of brands and public relations at Amrut Distilleries Limited, an Indian spirits company based in Bengaluru, to Sputnik.

Amrut Distilleries is a member of the All Indian Distillers’ Association (AIDA), the apex lobbying outfit batting for the business interests of Indian alcoholic beverage producers.

The industry expert says that Indian alcohol producers have “made representation” to the commerce ministry to lend them some sort of financial support to bring down production costs before slashing duties on British-made liquor.

An official from India’s federal commerce ministry told Sputnik that he was aware of the letter sent by Indian alcohol producers.

“Their concerns will be taken into account. We haven’t started the formal consultation process on the FTA with the Indian stakeholders yet,” said the official.

The remarks by the ministry official come a day after federal commerce secretary Dr Anup Wadhawan said that Delhi was looking to begin formal FTA negotiations with the UK and other nations such as Canada and the EU bloc before the end of the year.

One of the major demands of London as it seeks to seal a trade deal with Delhi is to slash the import duties on British whisky.

“We’re firing the starting gun on a free-trade deal with India – the world’s largest democracy, fifth-biggest economy, a nation of 1.4 billion people and a huge market for British goods such as whisky, cars and services," British Trade Secretary Liz Truss said last month.

UK’s International Trade Department last month kicked off a 14-week formal consultation process with British businesses on the supposed benefits of the proposed FTA with India.

London said last month that it expected formal negotiations between India and the UK to begin by autumn of this year.

One of the biggest markets for whisky consumption, only 2 percent of India's whisky is imported from overseas. According to research by India’s Comptroller and Auditor General (CAG), revenue from the whisky segment amounted to over $18 billion in 2020 and was expected to grow by 8.5 percent annually, despite a COVID-induced economic downturn.

The lucrativeness of the Indian alcohol market is also reflected in the fact that the country consumes more whisky than any other nation, per data from London-based firm IWSR Drinks Market Analysis. The 1.3 billion population is also the second biggest consumer of spirits globally, following China.

India’s import tariffs on foreign-made liquor, currently at around 150 percent, are some of the highest in the world.