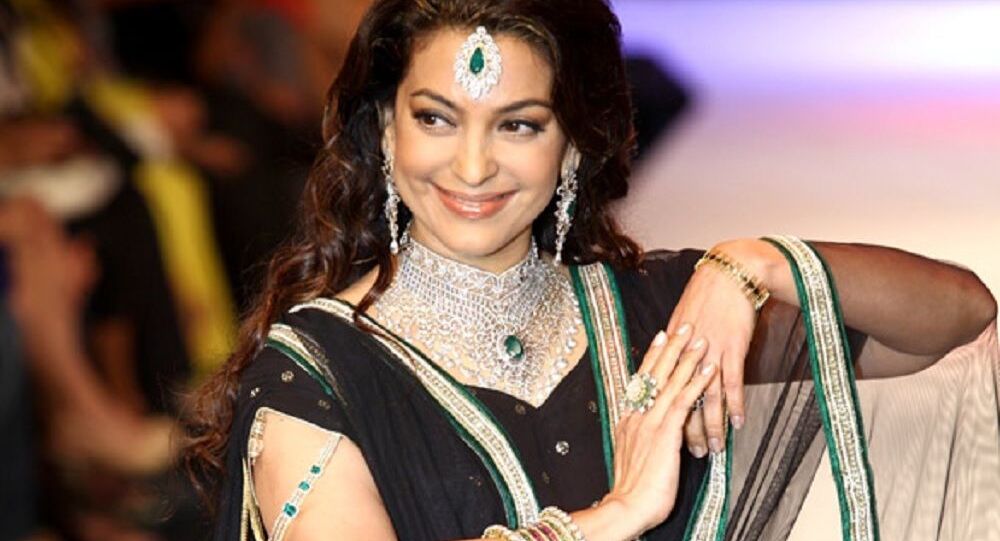 The Hearing's Alive With the Sound of Juhi Chawla's Music - Video

On Monday, Bollywood actress Juhi Chawla filed a petition against the roll-out of 5G technology in India and voiced her concerns about any harmful effects it might have because of exposure to radiation. The actress posted a link of the virtual court hearing of her petition, asking netizens to join and support her cause.

The virtual court hearing of Bollywood star Juhi Chawla’s petition against the roll-out of 5G technology in India turned into something of a farce when a stranger suddenly burst into popular Hindi songs from the actress' movies during the proceedings.

The video of the incident, in which the man can be heard singing popular song ‘Meri Banno Ki Aayegi Baraat’ from Juhi Chawla’s 1993 film ‘Aaina’, has gone viral.

The man was immediately cut off from the virtual hearing, only to return after a while to sing more songs such as ‘Ghoonghat Ki Aad Se’ from the movie ‘Hum Hain Rahi Pyar Ke’ and ‘Laal Laal Hothon Pe Gori Kis Ka Naam Hai’ from ‘Naajayaz’.

Perturbed by this bizarre and unaccountable interruption, the judges hearing the case, asked court officials to identify the man, block him from the virtual court hearing, and issue a contempt notice.

Amused by the incident during the court hearing, netizens have been sharing hilarious reactions, calling it a historical hearing that will be remembered for a long time.

OMG there is a video! I cannot describe adequately the kinda joy I am experiencing watching this!!!!!!
😹😹😹😹🤣🤣🤣 https://t.co/ecPVVIuWlM

Historical hearing of the case. This case will be remembered for long.#JuhiChawla's petition on #5G implementation. pic.twitter.com/V9gRZHlH7T

Too FUNNY😂😂 someone trolled Juhi Chawla during Court Hearing on 5G petition before Delhi HC by singing her Songs like “ghoonghat ki aad se” “meri banno ki aayegi baraat”😂😂😂
PS- Link of Court hearing was given by #JuhiChawla herself on her insta asking people to join in 😂🤦‍♀️ pic.twitter.com/ix6rYY4MEh

Some netizens also said that Juhi should also be given a contempt notice as she was the one who had posted the link of the virtual hearing on social media, asking people to join and support her petition.

Juhi Chawla should be held in contempt of court along with that guy.

She was the one who shared the court hearing link on her bio for her fans to join it.#5G #JuhiChawla pic.twitter.com/ttwImv98EN