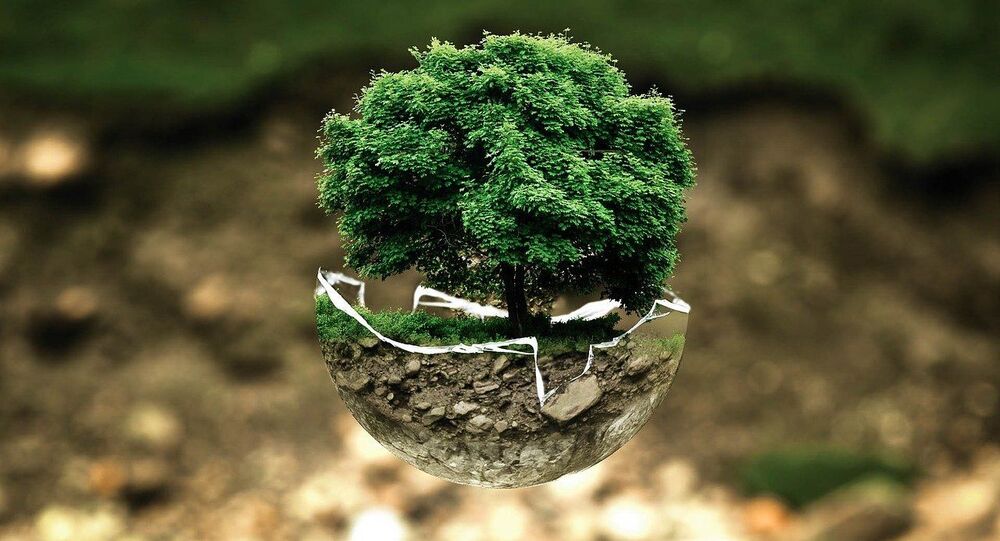 Four years after stating that the city had turned into a "gas chamber", the Arvind Kejriwal-led Delhi government is set to launch a massive initiative to plant millions of saplings.

© AP Photo / Manish Swarup
A man rides a scooter on a road enveloped by smoke and smog, on the morning following Diwali festival in New Delhi, India, Monday, Oct. 31, 2016.

According to the Delhi government, the initiative to be launched on World Environment Day (5 June) will involve planting some 3.3 million seedlings this year and a total 20 million over the next four years.

The move comes as the city continues to face burning problems from neighbouring states of Punjab, Haryana and Uttar Pradesh, as well as excessive fossil fuel and greenhouse gas pollution.

The government’s move holds significance as the pollution has forced city dwellers to live through public-health emergencies. Residents have no choice but to breathe toxic air pollutants, particularly those gases released while burning fossil fuels to generate power.

PM10 are very small particles found in dust and smoke. They have a diameter of 10 micrometres (0.01 mm) or smaller. PM10 particles are small enough to get into your throat and lungs. High levels of PM10 can make you cough, your nose run and eyes sting.

Talking to Sputnik, Delhi Environment Minister Gopal Rai said on Wednesday that the city government’s target is to plant 3.3 million saplings this year, nearly twice the target set by the Central government.

He said from 5 June, in all the nurseries of the Delhi government, citizens will be able to take free saplings of medicinal plants to help boost their immunity to combat COVID-19.

Under last year’s initiative of the Delhi government, people took 660,000 plants from governmental nurseries and planted them in their homes.

In 2017, Delhi’s Green Arena covered 299 km, which increased to 325 kilometres, and the government is hopeful that this year’s tree plantation programme will further increase this to an area of about 350 km.

The Delhi minister said that India’s first Tree Transplantation Policy has been implemented in the city. “Through this measure, it is to be ensured that trees in Delhi should be pruned only and only when there is no other option available,” Minister Rai told Sputnik.

“Under the new policy, at least 80 percent of the trees required to be cut for a project in Delhi will need to be transplanted. Along with this, it would be mandated to plant 10 new trees in place of each cut or transplanted tree,” he said.

“At present, green cover has increased to 21.88 percent in Delhi, which is a major achievement,” the minister added.

Ahead of Covid-induced lockdowns, India's capital city has been in news for its surging pollution as even the Supreme Court of India has intervened over concerns with the toxic atmosphere.

In December 2020, the apex court asked the federal government to approve steps taken so far by the Commission for Air Quality Management (CAQM) in the National Capital Region and adjoining areas to tackle air pollution.