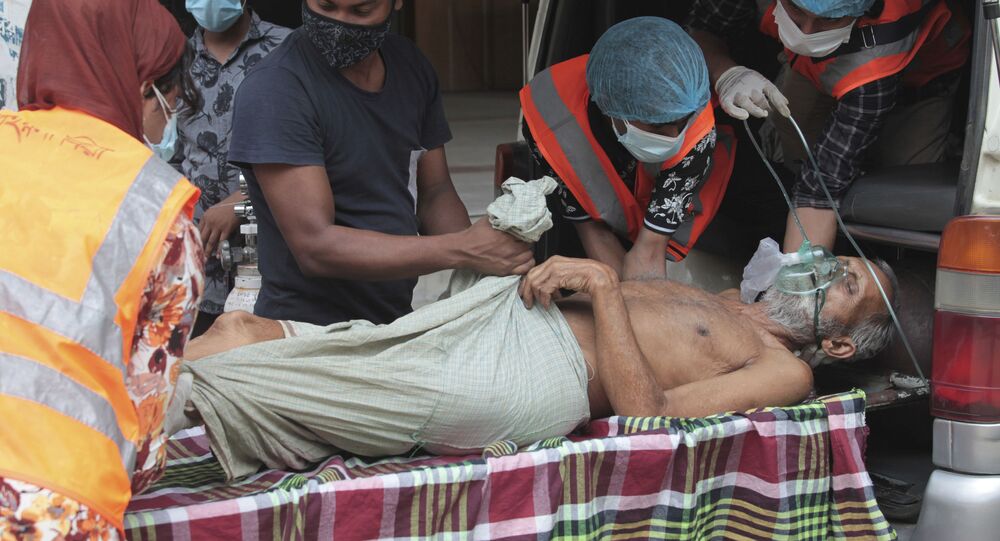 The Delta variant of the coronavirus has been reported in 62 countries. The World Health Organisation (WHO) is concerned over its spread in the sub-continent, where a sharp rise in cases is causing havoc.

Villagers living in various districts of Bangladesh near the Indian border are becoming increasingly concerned about rapidly rising COVID cases.

The country's Prime Minister Sheikh Hasina expressed his concern over the surge in infections during a cabinet meeting on Monday. The authorities are especially worried about areas of Bangladesh bordering India, where the highly infectious Delta strain (previously called B.1.617.2) was first recorded.

"Coronavirus transmission has intensified in the border districts which is a matter of concern for us. The prime minister has instructed authorities to put the districts under tougher lockdown at the earliest," Health Minister Zahid Maleque told reporters.

The country is under lockdown until 6 June, while the government has blocked land borders with India until 14 June. However, goods are still being transported between the countries, the foreign ministry said.

Bangladesh's Institute of Epidemiology, Disease Control, and Research (IEDCR) has confirmed that the Delta variant has been detected in the border district of Chapainawabganj – the area is now witnessing a sharp rise in COVID cases.

According to officials, at least 25 people in the country have been infected with the Delta strain. It's feared that those illegally crossing into India from Bangladesh and vice versa are fuelling the spread of the virus.

Bangladesh's Cox’s Bazar area, where 900,000 Rohingya refugees are living in a densely populated cluster, has become a COVID hotspot over the past two months.