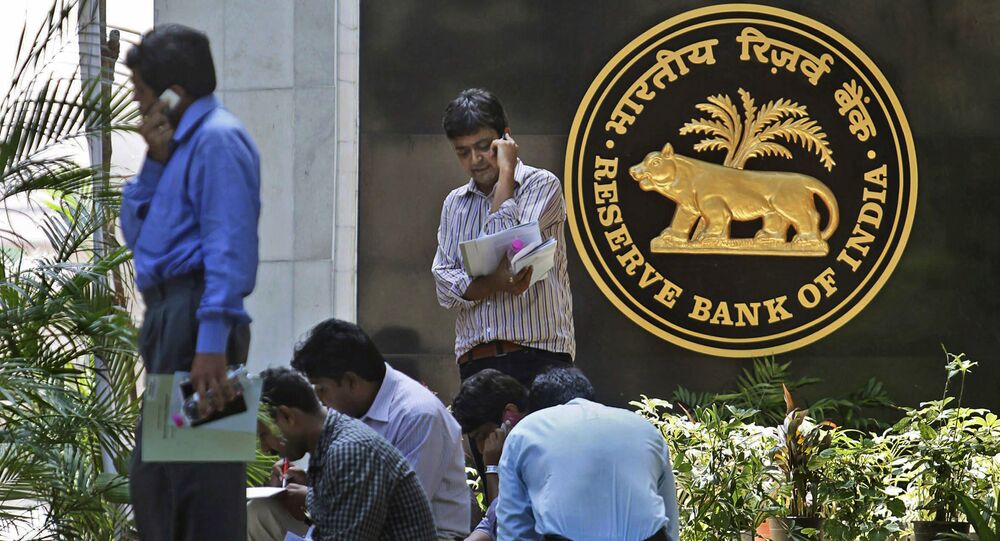 India is reeling under a severe economic crisis as the recently released estimates by the National Statistical Office (NSO) show that the country’s economy shrank by 7.3 percent in the 2020-21 fiscal year. Therefore, India’s Central Bank has a "Herculean task" as it attempts to ensure that an economic revival comes back on track.

The Monetary Policy Committee of the Reserve Bank of India - India's central bank - has just begun a three-day meeting on Wednesday during which it will consider such pressing issues as inflation, business capital, rupee depreciation, etc, all within the parameters of the COVID-19 pandemic.

The MPC's major challenge is to maintain a flexible inflation target while ensuring that the economic revival is on the right track.

However, a section of experts believe that managing monetary policy will also be a huge difficulty for the committee.

The MPC was established on 27 June 2016 under the Finance Act (India) - an amendment to the 1934 Reserve Bank of India Act - in an attempt to bring more transparency and accountability to fixing India's benchmark interest rates.

The committee meets at least four times a year to review monetary policy and has six members - three officials from India’s central bank and three external members nominated by the federal government.

It is expected that the MPC will keep the key lending rates unchanged for a sixth consecutive quarter but challenges remain where growth is concerned.

According to Arun Kumar, an economist and former Malcolm Adiseshiah Professor at Delhi’s elite Jawaharlal Nehru University (JNU), the two major difficulties facing the MPC will be working on controlling inflation while supporting the country's growth.

“This will be a really Herculean task as the Indian economy is very different from other economies,” he told Sputnik.

He said it is very difficult to control inflation through monetary policy. However, all bank governors make the mistake of thinking they can do this by cutting down lending rates and increasing liquidity, etc. “But ultimately it depends on demand so it depends largely on fiscal policy rather than monetary policy.”

Apart from this, COVID-19's spread has forced the Reserve Bank to focus on reviving the economy by going out of the way to keep interest rates low.

Another renowned economist, C. P. Chandrashekhar told Sputnik that the central bank has already raised liquidity quite a lot. It had also introduced special schemes of credit during the pandemic and most of them are not even guaranteed by the government. “The only thing they can play with is the interest rates.”

He said that, according to the central bank's principles, in a situation such as this when the economy is not doing well, they can try to bring down interest rates a little, but “apart from this, they will also have to look at inflation as commodity prices are rising globally".

“Despite a good harvest, there could be some degree of buoyancy in food prices. So, if the central bank senses that people are expecting inflation, they shouldn’t lower the interest rates,” he added.

Another major challenge in managing monetary policy will be the large influx of foreign capital, in spite of the economy's poor performance, he suggested.

“Not much has come onto the stock markets in the past two months but before that a lot came. But Foreign Direct Investment (FDI) is coming in and with it coming into the economy and spending being kept at a minimum, there is no demand for foreign exchange so there will be an excess supply of it in the market which means that the rupee will strengthen,” Chandrashekhar stated.

He said when the currency becomes strong and the greenback is, by comparison, quite cheap, Indian products become more expensive to foreign buyers which means that the export market starts to collapse and India loses access to international markets.

“Therefore, the RBI is forced to intervene in the foreign exchange market. It will have to build up its foreign exchange reserve which means that the assets of the central bank will increase and liability will also increase.

“So, managing monetary policy will be a big challenge because you are trying to stabilise the exchange rates,” he said.

Chandrashekar, however, also said that if the reverse happens then the central bank will have to work to prevent the rupee from sliding too fast.

Therefore, India’s central bank is between a rock and a hard place as it carefully monitors signs of a further rise in global commodity prices, a return of pricing power at the retail level as the economy normalises once lockdown restrictions are relaxed and the spillover of the Wholesale Price Index (WPI) rises on expectations of inflation.