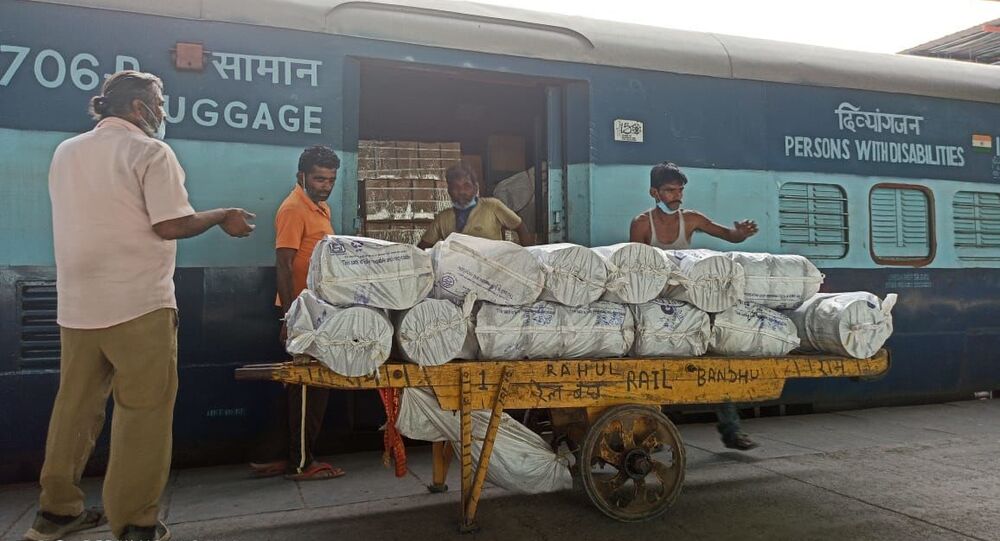 The Delhi government on 18 May announced it would distribute dry rations to people who lack otherwise-mandatory ration cards. But the scheme has yet to be launched despite an order from the Supreme Court of India.

Porters living in India’s capital city on Wednesday urged the Delhi Government to provide them with a relief package and prioritise them in the Public Distribution Scheme (PDS).

The PDS is a food security scheme meant to distribute food and non-food items at subsidised rates among the poor of the country.

The appeal came as India is battling the second wave of the contagious coronavirus and a partial lockdown is in place in most of the states restricting public movement.

Chaju Ram, the president of the Porter's Union in Delhi, said the city government has announced a free ration distribution scheme in the unorganised sector (people such as migrant workers, building and construction workers). “We also want to be properly told where we can go to collect these rations.”

“If there are any e-coupons or tokens issued for these purposes, we request clear and timely information about this," Chaju Ram told Sputnik on Wednesday.

Under the scheme, the Arvind Kejriwal-led Delhi government has announced that it will provide five kilograms of grain, wheat and one kilogram of rice for two months free of cost.

Currently, there are approximately 250 licensed porters in Delhi, at the city’s three bus terminals - the Kashmiri Gate, Sarai Kale Khan and Anand Vihar. Unofficially, their number is about 800.

"Many of us are forced to rely on people’s charity or neighbours for food. But at many places, some of us are compelled to beg for food,” he stressed.

The porters’ union president shared that unlike other unorganised sector people, their number is too small, hence their grievances go unheard.

"The Delhi government is providing financial assistance of $68 (INR 5,000) to each construction worker. Just because we have a Porter Card but not a Labour Card like construction workers, it doesn't make us less needy of the relief package," he said.

According to the state government, a total of 210,684 construction workers will get benefits under the scheme.