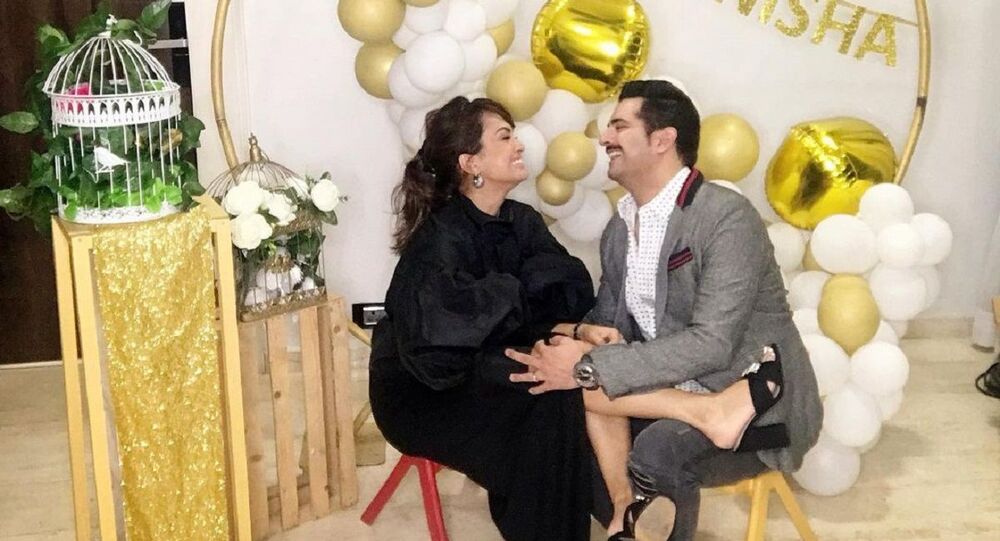 On Monday, popular Indian television actor Karan Mehra was arrested for allegedly assaulting his wife, actor Nisha Rawal. Her friends have rushed to her support.

Rawal made some shocking revelations during a press conference on Tuesday, saying that their marriage is on the rocks after she recently found out here husband was having an affair. She's also accused him of domestic violence in the past.

“He [Karan] grabbed me by my hair and smashed my head on the wall. Before I could even realise I was bleeding, he pinned me against the wall holding me by my neck. I actually cried out to him asking why he hates me so much,” she said.

Rewal told police that her brother was also present at the flat – he apparently attacked Mehra to protect her.

For his part, Mehra denies having an affair and says the allegations are "baseless." He claims his wife is bipolar and has anger management issues.

“I am not a psycho, it is a mood disorder. I had bipolar disorder in 2014 after I suffered a miscarriage because my husband was unavailable and totally detached from me (sic)," he argued.

Several of Rawal's friends have come forward to support her, including fashion designer Rohit Verma, who shared pictures of Nisha with cut on her forehead and blood trickling down her face.

Verma said, “I have been seeing silently suffer for years finally she decided to let out her cry for help and stand for herself and child. A far cry for help from a friend. Aghast to see my bestie in such a state... (sic)."

Tarot card reader Munisha Khatwani also posted the photo of Nisha’s injury – said she's known about the couple's abusive relationship for years and that it's time to break the silence.

“I’m with Nisha and apparently he did hit her and he has been hitting her for the last couple of times and we found out when we came to the house and Nisha has been quiet about it because it is a very personal thing," she told entertainment website ETimes.

"There were a lot of financial things he has messed up with. We knew there were problems but didn't know to what extent. And you cannot interfere also as a best friend you can just be with her," Kashmera added.

Shocked by the incident, several other television celebs including Dalljiet Kaur, Mouli Ganguly, and Riddhima Tiwari have expressed concern.

After dating for a few years, popular Indian actors Rawal and Mehra got married on 24 November, 2012 – they have a four-year-old son called Kavish.