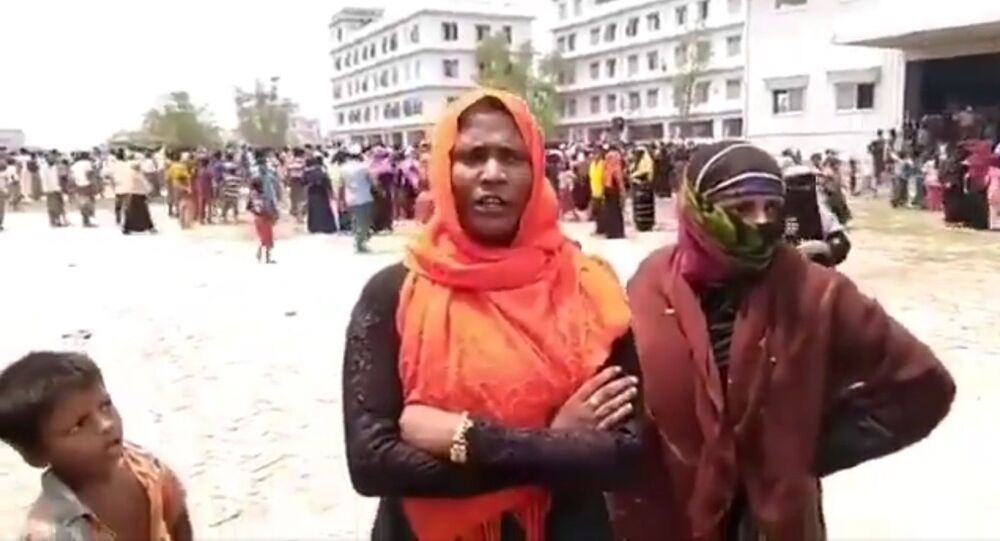 Around a million Rohingyas have sought shelter in Bangladesh and India after facing persecution in Myanmar. Bangladesh is now trying to move them to the islands and India has termed the entry of these Muslim refugees "illegal".

Thousands of Rohingyas have staged protests against living conditions on the island off Bangladesh which they were shifted to from the mainland last year.

The Bangladesh government, under the leadership of Prime Minister Sheikh Hasina, has transported 18,000 refugees to the cyclone-prone island of Bhasan Char in the Bay of Bengal but there have been numerous cases of Rohingyas fleeing to Cox's Bazar - a tourist hotspot on the mainland about 100 miles south of Chittagong.

The refugees took to the street to protest during an inspection by officials from the refugee agency, the United Nations High Commissioner for Refugees. The police, however, claimed that the refugees became "unruly the moment the UNHCR representatives landed on the island by helicopter".

“They broke the glass on warehouses by throwing rocks. They came at the police insisting they don't want to live here," a local policeman told AFP.

​The refugees alleged that they are only provided with food on the island and no other facilities. But the government insists that conditions on the island are better than on the mainland.

Since 2017, Bangladesh has been home to refugees from Myanmar's Rakhine region who escaped a "genocidal" military sweep by army general Min Aung Hlaing. The Rohingyas faced an exodus in 1978 as well. Bangladesh's Refugee Relief Commissioner said that 100,000 Rohingyas will eventually be moved to the island camp.

​According to the UNHCR spokesman, the delegation had talks with a group of Rohingya refugees and will raise their concerns with the Bangladeshi authorities.