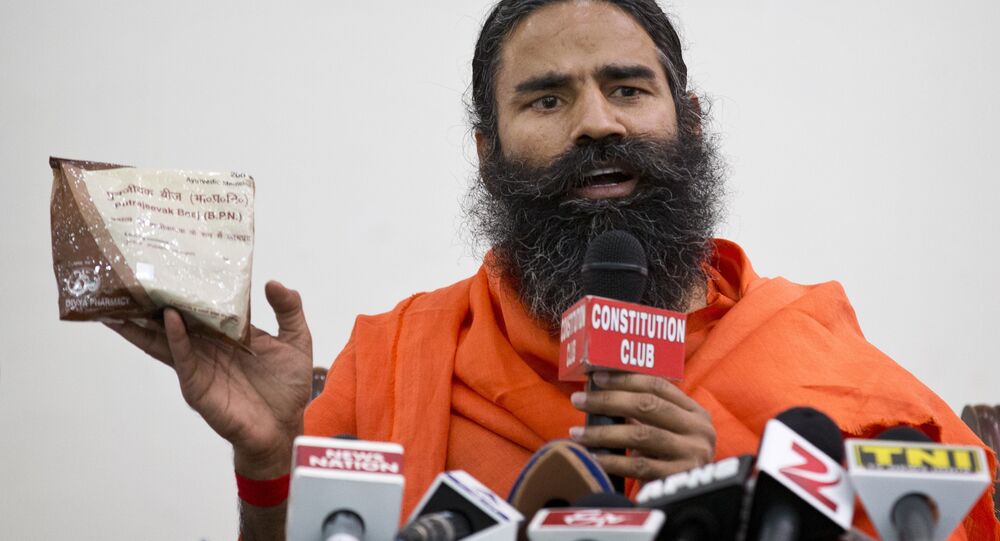 Last week, a video of Baba Ramdev went viral in India where the guru can be heard questioning the credibility of allopathy (the treatment of disease by conventional means) and medical science. The 55-year-old Ayurveda preacher called such medicine “a stupid and failed science”, a comment that did not go down well with doctors in the country.

As a protest against Yoga Guru Ramdev’s “distasteful and derogatory comments” against medical science, doctors around the country are observing a 'black day' on Tuesday. Without having to neglect the patients, tprotesting doctors nationwide will mark the day by wearing black badges and changing the display pictures of their social media handles to a solid black square.

On 29 May, the Federation of Resident Doctors' Association (FORDA) called for the observation of "Black Day" on 1 June in response to Ramdev's comments. The association had also released an official notice regarding this protest on its Twitter handle.

​Visuals of this Black Day observation are being shared by doctors from around the country including Karnataka, Assam and Gujarat among other states. Healthcare workers in personal protection equipment (PPE) kits have been photographed holding placards demanding the arrest of Baba Ramdev.

“Ramdev has said that COVID patients are suffering and dying more due to modern medicine, that cannot treat Coronavirus. He has also said that more than 10,000 doctors have died even after taking both doses of the vaccine, which is absolutely false. By spreading such misleading and false information, he is creating confusion during this pandemic, which is a serious offence," the Bengal branch of IMA reportedly said in the police complaint.

The complaint further said that Ramdev's remarks must be "considered as hate speech" for which he must be booked under the Epidemic Diseases Act for misleading people with "untutored and unlearned" statements.

In fact, the IMA chapter of Uttarakhand state also sent Ramdev a defamation notice of over $137 million against his statements regarding conventional doctors and medicine.

The situation got so heated that India’s federal Health Minister Dr. Harsh Vardhan had to intervene and ask Ramdev to withdraw his "extremely unfortunate" statements.

After considering the minister’s advice, Ramdev did withdraw his statements but later posted a list of 25 questions on his Twitter handle, asking if allopathy is capable of curing ailments such as hypertension and type-1 and 2 diabetes.

​Earlier in May, Ramdev had drawn criticism over asking COVID patients to inhale as much oxygen as possible – as it is present in abundance in the atmosphere.

"God has filled the Earth's atmosphere with abundance of free oxygen. People are looking for cylinders outside while God has given you two cylinders right here inside you. Use them you fools," Ramdev had said in Hindi, calling human lungs as oxygen cylinders. The guru advocates Ayurveda, a traditional Indian approach to medicine which holds that cow urine can cure leprosy, fever, peptic ulcer, liver ailments, kidney disorders, Asthma, certain allergies, skin problems like Psoriasis, anaemia and even cancer.

His statement was deemed insensitive because several COVID infected Indians lost their lives due to the lack of availability of medical oxygen.