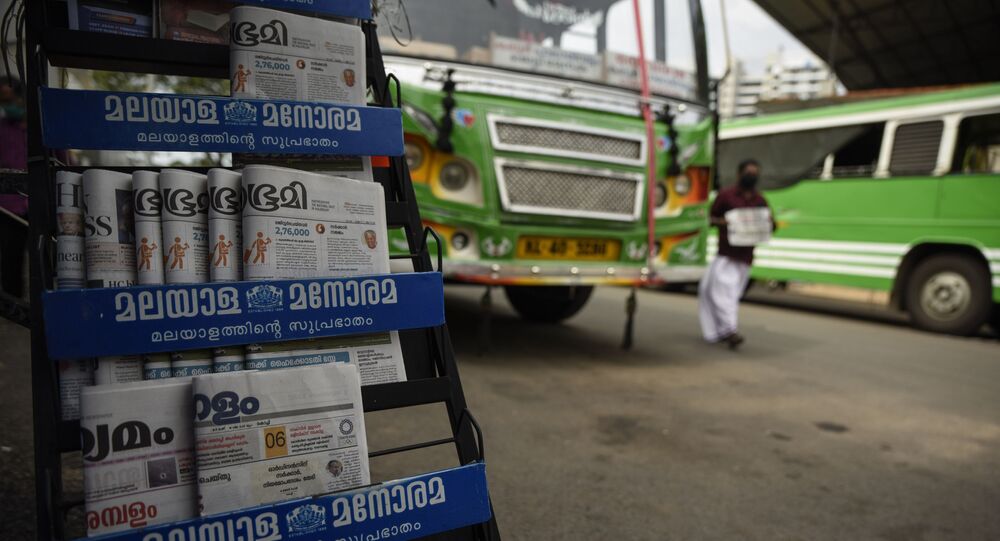 “I should have patted my back for making it into the media industry – all on my own. But the day I completed my third year as a journalist, I walked seven kilometres under locked-down Delhi’s summer sun to reach the office only to find out that I was being laid off. Irony. The news agency I worked for was struggling financially,” sighed Asif Hyder.

Between April and May, India witnessed a sharp rise in job losses, with seven million people joining the ranks of the unemployed. Many of these people belonged to India’s competitive media industry.

From being laid off to being paid half or even less than the already menial salaries they drew, professionals involved in the news, public relations and event management industries have been reeling under major stress, with due bills piling up and no source of a stable, healthy income.

Aseem Hyder is a 27-year-old journalist from a small town in Uttar Pradesh. For the past three years, Hyder has been working as a reporter for an esteemed Indian news agency located in the national capital region (NCR), which is considered a hub for budding journalists in India. When Delhi and other cities of the NCR went into a strict lockdown because of the second COVID wave, Hyder was still reporting from ground, going to the office and prioritising his work over his life, because journalism is his passion, he says.

The agency Hyder works for, like many other organisations, has been bearing the brunt of the COVID-driven economic slowdown, due to which it relieved a number of junior journalists to keep the senior ones employed.

“Journalism did not happen to me overnight. Ever since I decided I wanted to be one, every decision that I took was to proceed towards my dream. When the pandemic happened last year, I thought this could be my time to work hard in the field and I tried my best. In the absence of buses and metros I’d walk around for reporting, reaching work and then walking all the way back home as well. It never bothered me, after all, I was following my passion. I did not even get medical insurance and priority vaccination, despite me and so many other journalists risking our lives in the pandemic. After all these compromises, I was told that I was being let go just because I had less years of experience under my belt. I was left in the middle of nowhere. What to do now? How could I afford my rent? So for the time being, until the situation subsides, I have taken up a part-time work-from-home job as a freelance writer and have moved back to my hometown,” Hyder told Sputnik.

Thousands of young Indians working in the media industry have witnessed fates similar to that of Hyder in these recent months. The field, which requires a physically and creatively active workforce, has run dry of human resources because of financial constraints. While the news agencies are trying to keep their “experienced workforces” engaged, 'freshmen' are being left out, with nothing to do and nowhere to go.

These people will have a gap between working years on their resumes, and will practically have to start from scratch, receiving a meagre $68 (INR 5,000) per month, depending on the financial situation of the company that hires them. Many will not wait longer to negotiate a better deal, just to avoid delaying their re-entry into the field amid an extremely slow hiring pace.

Shishir Soni, the Vice President of India’s Press Association, summed up the day-to-day reality of the country’s media industry in three words – “suffering, suffering and suffering”.

Soni cited a joint 2020 report by The Federation of Indian Chambers of Commerce & Industry and multinational professional services firm Ernst & Young (EY) while highlighting that the media and entertainment (M&E) sector collapsed by a significant 24 percent in 2020 in India. The sector lost over $19 billion in its overall earnings last year.

© CC0
World Press Freedom Day: Journos' Union Blames Capitalism for Curbing Reporting Voices in India
The second wave of coronavirus has indeed hit the media houses hard this year. In a rough count, over 68 thousand media workers, including journalists and non-journalist staff, have lost their jobs in the country this year alone. Several publications, PR firms and event management companies are still reeling under the stress to overcome losses from last year, hence most of them are not hiring for the time being.

“And the ones that are hiring, are having to offer low packages to the employees. Where does the situation leave the Indian media workers? Many are losing jobs, and the others are working for low salaries, not even enough to sustain their families, especially during these days of lockdowns and health-issues,” Soni said.

Many media companies handed employees pink slips, claiming that the professionals had resigned on their own. People questioned this way that companies had laid off workers without officially accepting that it was due to their own inability the pay salaries, rater than the incompetence of the worker who lost the job. The concerns, however, were sometimes brushed off casually or dealt with threats of putting “fired” as the reason for their job loss, which could affect their future prospects.

“I was given a pink slip actually in the form of a resignation letter that the company forced me to submit in May. In March, at least 12 colleagues of mine in Kerala faced the same problem. Very few of us have obtained jobs elsewhere. Amid the second wave of job losses, people are panicking more because they have fewer options in the media sector. Since the lockdown has made movement difficult, they are unable to find a job elsewhere, in other states. If they do, the packages are nothing,” P. Sudhakaran, a former employee who was laid off from a very popular media outlet told Sputnik.

The reason for not revealing the name of Sudhakaran’s publication is that it could put his future employment in jeopardy for “bad mouthing” the company.

The workforce of the PR industry also said that it's been challenging to retain their clients and maitnain smooth communications with whatever has remained in the media force. Similar challenges have plagued India's event management industry.

“More and more millennials who got into these off-beat professions, primarily to chase their dreams, travel the world, meet new people, discover new stories, are now sulking at home, with their typical Indian parents taunting them over choosing all this ‘glamour life’ over stable professions like medicine and engineering. I believe the most lively, opinionated, adventure-loving people take up fields in the media industry despite knowing about the tough competition to get in. At this point, the same fun-seeking and full of potential youngsters are lost, with no jobs. Depression is hitting most of them. It's heartbreaking,” Abhinav Dhuriya, an event planner for media houses in Madhya Pradesh, told Sputnik.

As a roadmap to recovery after the second COVID waves subsides, the Indian Press Association is suggesting that Prime Minister Narendra Modi’s government waive taxes on news sales, pump some money via advertisements or launch some “media policy” to revamp and extend help to the industry.

“Otherwise, the media houses would have to build some revenue model with the help of the society and news consumer, if the government does not help, which will be very time-consuming,” Shishir Soni added.