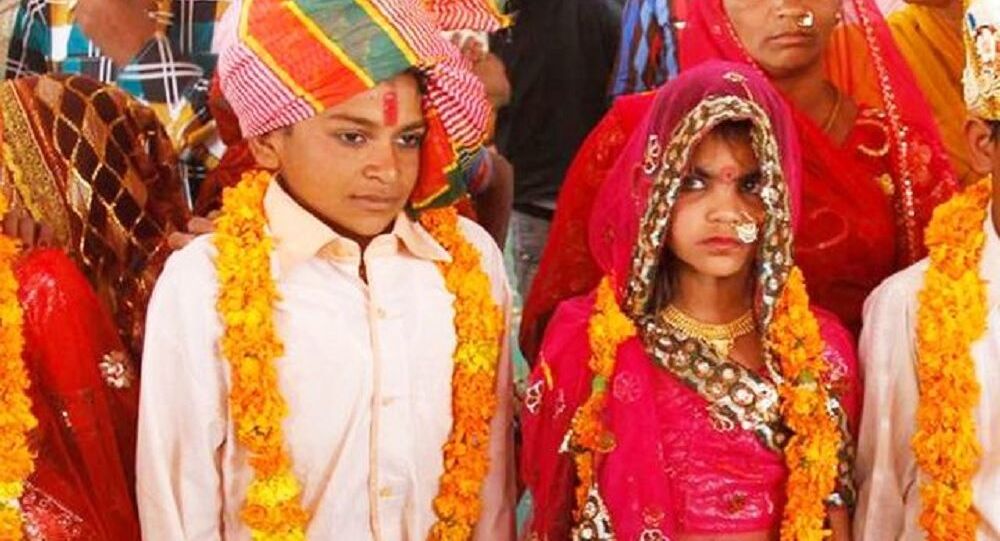 As the UN Warns of a COVID-Driven Spike in Child Marriages, Is India Facing a Real Social Crisis?

The COVID-19 has not only taken a huge toll on human health around the world, it has also led to a rise in child marriages. COVID-induced poverty has been cited as one of the major reasons behind a spike in early marriages, as a lot of people, especially in rural areas, have lost their jobs.

With a United Nations Population Fund report suggesting that COVID-19 is likely to result in 13 million additional child marriages, it seems the pandemic has not just caused a global health crisis but also a social one.

In developing countries like India, child marriage, despite being banned, has been a harsh reality for decades.

In a report titled ‘Breaking the Chain’ released last week, World Vision, an international children's charity, suggested that the pandemic has the potential to put an extra four million girls at risk of early marriage.

A recent case of an 8-year-old girl being married off to a 28-year-old man in the state of Bihar has been making the rounds on Twitter.

Echoing these reports, a number of of sociologists and other experts in the field believe that an increase in poverty due to job losses has been the main reason behind the surge in child marriages.

Ranjana Kumari, Director of the Centre for Social Research, a Delhi-based NGO, explains that child marriages are linked with the economic condition of families.

"Generally, people from lower economic strata have bigger families, as they think that there will be more earning hands. Above all, girls in such families are considered an economic burden," Kumari says, suggesting that they don't take education seriously.

"The COVID-19 spread has increased the woes of these families as a lot of people have lost jobs, due to which they are unable to take care of each and every family member, especially the girl child. So, they believe that it’s good to marry [her off]."

"By marrying the girls at an early age, the family thinks that they will now become the responsibility of the family their daughters are marrying into,” Kumari adds.

India's Odisha State Commission for the Protection of Child Rights has also concurred that child marriages have increased due to the pandemic.

According to various district child welfare officers, more than 180 attempted child marriages have been reported in Odisha state since 2020.

Reflecting the views of Ranjana Kumari, a professor in the Department of Sociology at Jadavpur University, West Bengal, Piyali Sur, tells Sputnik: “Girls, especially in India, have been considered a burden for ages and people tend to marry them off as soon as possible. The situation has changed with time but it has still not improved."

"COVID has now once again led to a spike in child marriages as people have lost jobs. Moreover, the schools are closed due to the pandemic. Parents send their children to school for mid-day meals and now they are not even getting that, so the financial burden has increased,” Professor Sur explains.

“Apart from this, even those girls who were not going to school were working somewhere as maids, which is also illegal. But they were at least bringing in some income. Now, due to lockdown, people are refraining from keeping maids, adding to the problems of poor families,” he continues.

According to Indian media reports, the government has neither maintained a database of child marriages during the lockdown nor has it conducted any survey. The National Crime Records Bureau hasn't collect any data either.

Sharing her thoughts about how to tackle the menace, Ranjana Kumari says: “First and foremost, the government should promote online education among the girl children. They should be provided the equipment to pursue an education."

“All those who are capable of donating for a cause, should donate to support girls' education. With this, you can empower the girls and once they start getting an education, their families will not marry them off at an early age,” she suggests.

UNICEF centres its work around five key themes: adolescents as agents of change, social mobilisation among parents and within communities, investments in education for children both in and out of school, access to social protection programmes, and linkages with skills and employment opportunities.