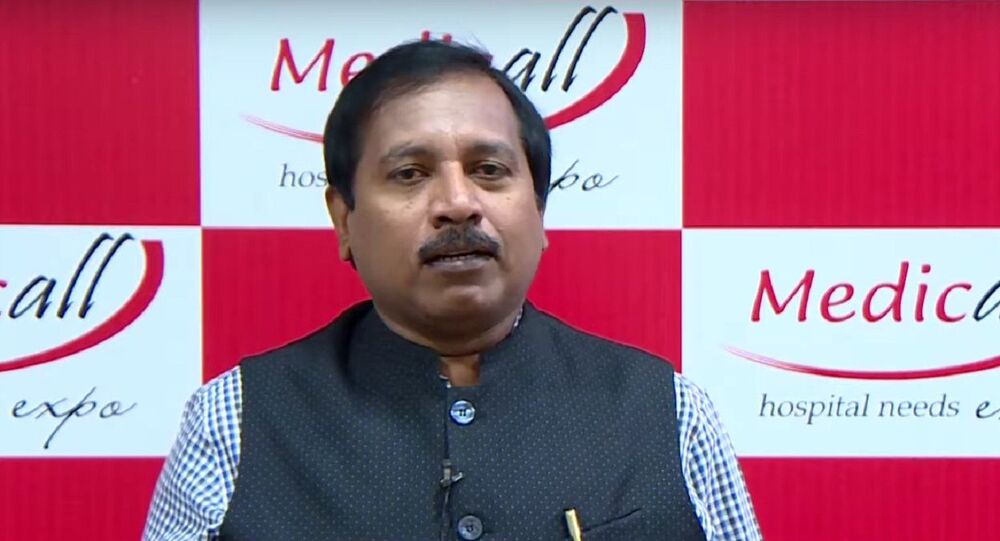 A non-governmental organisation (NGO) has said it has complained to the federal Home Ministry and National Medical Commission seeking action against the IMA chief for ostensibly abusing his power and resorting to religious proselytising.

In its complaint, a copy of which has been shared with Sputnik by A.S. Santhosh, the working president of LRPF, the NGO has also sought the revocation of his medical practitioner’s license and urged the government to stop all funds going to the IMA until Dr Jayalal has been removed from his post as IMA president.

​Referring to two interviews given by Dr Jayalal, the NGO said that the IMA chief had expressed strong views about proselytising Hindus.

The complaint by the LPRF claims that Jaylal’s interview with Haggai International, an organisation that has a vision to see every nation redeemed and transformed through the Gospel of Jesus Christ, shows him saying that the “Hindu Nationalist government” wants to destroy modern medicine.

However, Dr Jayalal has rubbished the allegations and termed them as baseless.

Talking to Sputnik, IMA chief Dr Jayalal said: “I totally deny this. As a citizen of this country, everyone has the right to believe in their God. I have no interest and nor am I involved in the propagation of religion”.

“Everyone who worked with me and my students will stand as a testimony for this. They are diverting the issue by painting me with a religious colour as I raised the issue on behalf of the IMA against the statement calling allopathy stupid medicine”.

“As IMA president, I will strive hard to advocate for affordable and accessible quality health care for all”, Dr Jayalal added.

The "religious conversion" accusation against the IMA chief triggered a fresh controversy just days after Yoga Guru and Ayurveda proponent Baba Ramdev's remarks about the limitations of allopathy.

Citing a video circulating on social media, the IMA said Ramdev had claimed that allopathy is a "stupid science" and that medicines such as Remdesivir, FabiFlu, and other drugs approved by the Drugs Controller General of India have failed to treat COVID-19 patients.

This prompted Indian Health Minister Dr Harsh Vardhan to write to Baba Ramdev, saying “the remarks disrespect 'corona warriors' and hurt the sentiments of the country".

I have written a letter to yoga guru Ramdev & asked him to withdraw the objectionable statement. The statement disrespect the corona warriors & hurt the sentiments of the country: Union Health Minister Harsh Vardhan on Ramdev's statement against allopathy pic.twitter.com/4bsnc2SfS0

In response, Ramdev retracted his statement and clarified that he is not against allopathy and that criticism of any science should not be seen as attacking or denigrating it.