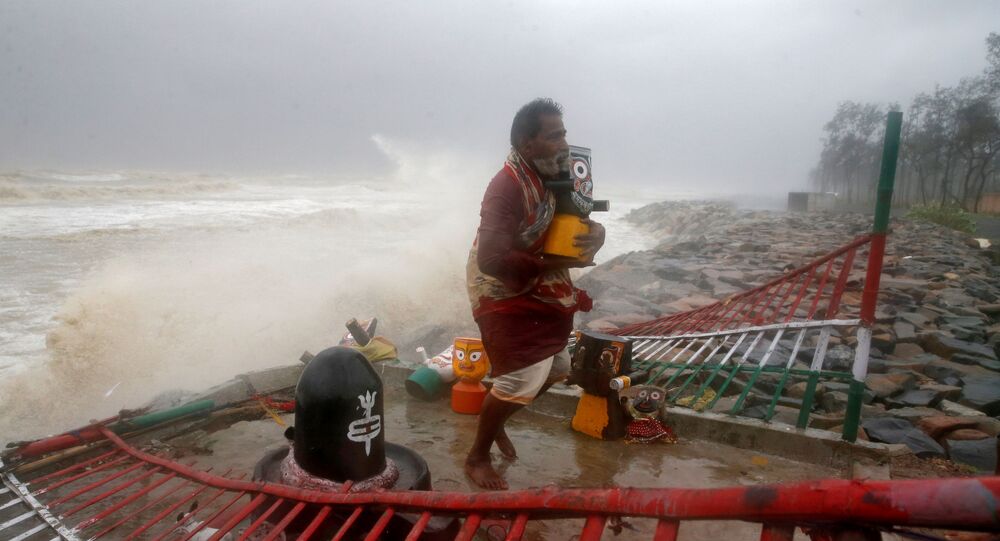 The cyclone has left a trail of destruction in its wake throughout India's eastern coastal states Odisha and West Bengal where seawater has flooded residential areas affecting millions. This is the second cyclone India has had to face this month during a deadly second wave of coronavirus.

In the wake of Cyclone "Yaas", several videos from the eastern Indian state of West Bengal have gone viral. Some have tickled people's funny bone, but others have caused serious concern.

Before the cyclone hit land, videos of a “cylindrical system” that resembled a tornado barrelling towards the coast of Odisha went viral. The giant mass of wind that swept through the West Bengal districts of North 24 Paraganas and Hoogly damaged at least 80 houses on its way, the state chief said.

In the aftermath of the "tornado", two people died from electrocution in West Bengal. The "system" has been described as a mesocyclone which is a rotating region in a supercell that is among the most potent of thunderclouds and often leads to a tornado.

In one of the videos, two locals can be seen swimming in knee-deep water while talking to a reporter who has managed to stay standing. The swimmers said that they are trying to "swim and save the lives of people stuck in the water". Interestingly, everyone else around was wading through the water on foot.

In another video, a Bengal Monitor, a lizard colloquially known as "goshaap", can be seen wading through an inundated street near Kolkata city. The sight of the reptile, which is mostly seen in the rural parts of West Bengal, has caused panic among people.

The cyclone has completed its process of landfall, according to the India Meteorological Department (IMD). Senior Scientist Umashankar Das at the Meteorological Centre in Bhubaneswar said rainfall will continue until tomorrow and advised fishermen against venturing out in the sea. The process of landfall started around 9am on Wednesday between Dhamra and Balasore in Odisha. High-speed winds have uprooted many trees and heavy showers have lashed several parts of the state.