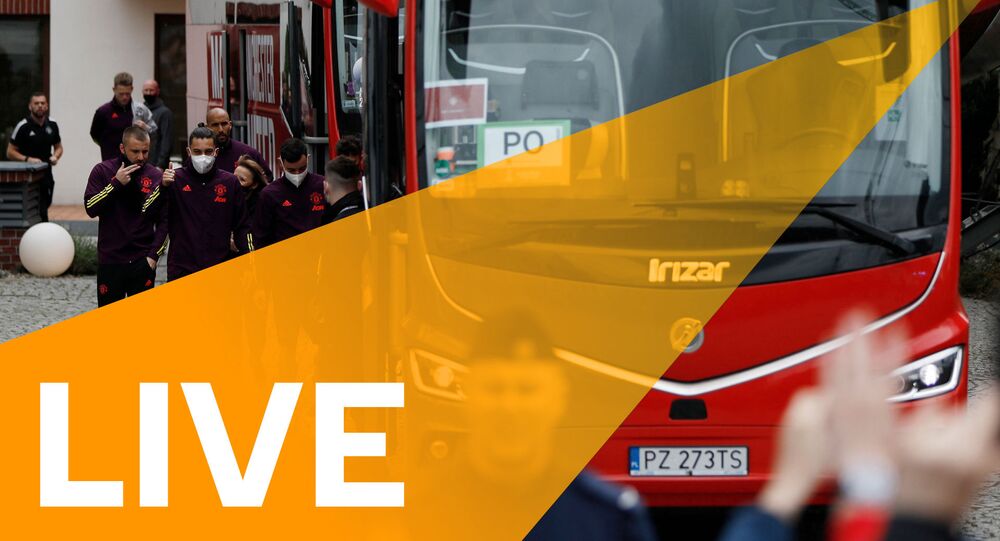 Social media is abuzz over the frenzy surrounding #SaveLakshadweep, as people from the Indian Lakshadweep archipelago worry about new, controversial proposals introduced by the region's administrator Praful Patel.

A slew of new proposals by administrator Praful Khoda Patel from the Indian archipelago Lakshadweep has led to an uproar among islanders, causing a flood on social media of tweets bearing the hashtag #SaveLakshadweep.

The proposals, ranging from a ban on beef to disqualification of local poll aspirants with more than two children, have led to turmoil in the Union Territory which is up to 270 miles off the Malabar coast of India in the south-west. The opposition and several leaders from the Bharatiya Janata Party (BJP) in the region have backed the local protests.

According to the islanders, Patel's proposals, if implemented, will ruin their culture and heritage. More than 93 percent of Lakshadweep's indigenous population are Muslims and Malayalam is their dominant language. Congress leader Rahul Gandhi, while extending support to local people, said, "the ignorant bigots in power are destroying it".

Lakshadweep is India’s jewel in the ocean.

The ignorant bigots in power are destroying it.

I stand with the people of Lakshadweep.

​On Tuesday, at least eight BJP office holders in Lakshadweep resigned from the party in protest against controversial proposals from the administrator Praful Khoda Patel.

"We are angry but we are not surprised. BJP is anti-Muslim and the proposal is proof of that. We live peacefully and we are happy with our lives. They are going to treat us like terrorists with laws like PASA. They are snatching our choice of food, our land rights and this is not done. Where are we to blame? Because of this incompetent administrator we are struggling with COVID-19. These regulations are atrocious," a local said on condition of remaining anonymous.

On Monday, Congress General Secretary Priyanka Gandhi Vadra extended her support and criticised the administrator for introducing these proposals without the consent of the people. The opposition is demanding that administrator Patel be recalled and all "unilateral and anti-people" orders issued and promulgated during his tenure withdrawn while accusing him of attempting to destroy the region's cultural heritage.

© CC BY-SA 2.5 / User:Amog. / Lakshadweep island
Protests Erupt to Save India's Strategic Island Lakshadweep in Arabian Sea From New Reform Law
"Since 2014, the administrator of Lakshadweep has become a political appointee. Ever since independence right up to 2014, the administrator was a serving Indian Administrative officer who was bound by law; Patel's predecessors had various deterrents and suspensions, inquiries, and everything that can assist their career. Since 2014, the federal government has chosen political appointees to administer Lakshadweep, Daman and Diu, and Dadar and Nagar Haveli. These political appointees are catering to the need and whims of the Narendra Modi-led federal government," Hamdullah Sayeed, President of the Congress Unit of Lakshadweep told Sputnik.

The Opposition leader accused Patel of mis-managing the handling of COVID-19 as the region has now reported more than 5000 cases compared with the zero during the first wave of the pandemic last year. Lakshadweep reported its first case of COVID-19 in January this year.

"First of all, Lakshadweep was a COVID-free green zone because we had stringent COVID protocols. We are all happy as there were no cases. After Praful Khoda Patel took charge, he removed this protocol saying that they were affecting economic activities adversely. We had told him that since we don't have advanced medical care this might cause problems. But he didn't listen," Sayeed said.

The Congress leader has called the first Prevention of Anti-Social Activity Act (PASA) draconian - just like anti-terror laws. "This is being introduced in an area where there is no crime," Sayeed highlighted.

According to reports, Patel has introduced several contentious regulations such as the Draft Lakshadweep Development Authority Regulation, 2021, which gives the administrator powers to remove or relocate islanders from their property for town planning or any developmental activity. And under the PASA, introduced in January 2021, a person can be detained without any public disclosure for up to one year.

To make the Union Territory more appealing to tourists, Patel gave the go-ahead for businesses to open liquor bars on the island - a decision which has been met with massive opposition by Muslim locals.

"What is the need for these laws in Lakshadweep which is already peaceful and where people are law-abiding? People come to Lakshadweep to see natural beauty. They don't come here to see skyscrapers. What is the purpose of causing all this destruction? What have we done to deserve this? This is our lifestyle, our food habits, this is our culture. Why are you doing this to us? I don't understand their agenda. People have a lot of resentment against the administrator," Sayeed said.

Patel, who is the administrator of the Union Territory of Dadra and Nagar Haveli and Daman and Diu, took charge of Lakshadweep after his predecessor Dineshwar Sharma died in December last year.

BJP's Lakshadweep unit General-Secretary Mohammad Kasim has backed the protesters and said that the party will work towards removing these laws. Addressing a press conference on Tuesday, Kasim said that the concerns against the new rules were genuine and that he had written to both Prime Minister Narendra Modi and Home Minister Amit Shah regarding it.

Lakshadweep comprises the only coral atolls of the country.