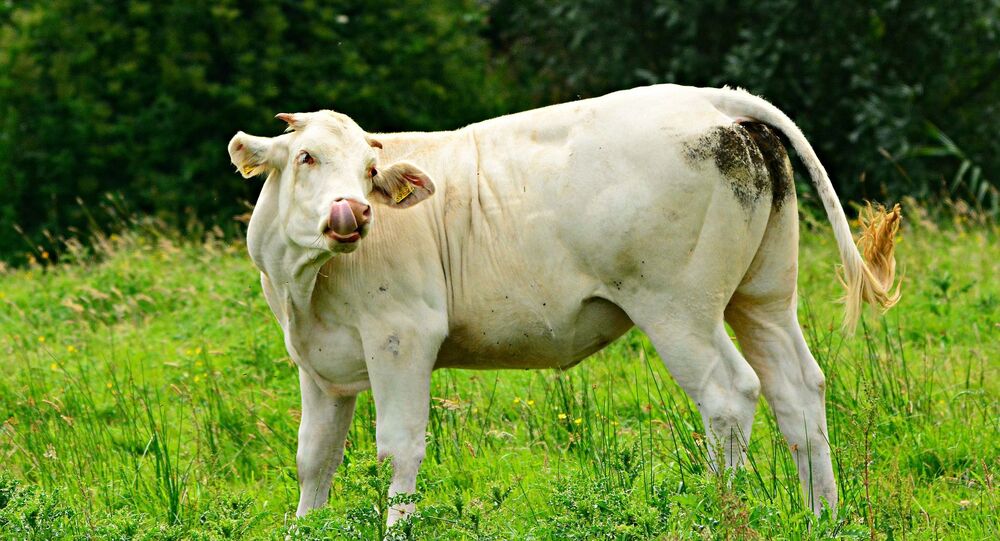 Hindus consider the cow as a sacred animal and worship it during special religious occasions. In 20 of India’s 28 states, cow slaughter has been illegal since the Hindu-dominated BJP-led government came to power at the federal level in 2014.

Attacking the Bharatiya Janata Party (BJP)-led alliance for introducing the Cow Protection Bill in India’s north-eastern state of Assam, the local opposition party All India United Democratic Front (AIUDF) has sought to know why the BJP wants to introduce such a bill in specific states and not across the country.

Talking to Sputnik on Wednesday, AIUDF leader Aminul Islam said: “Why has such a bill not been introduced in states like Goa, Mizoram, or Meghalaya, where the BJP or its alliance partners are in power?”

Stating that such a bill could cause “disharmony in society”, he said “a doubt arises if after this bill, will mob-lynching incidents begin here as well like it happened in the Cow Belt (states) of north India?"

He said: "Any such law that can disturb the social fabric (harmony) here should not be introduced”.

The Assamese politician was referring to several incidents of cow vigilante groups lynching people in some north Indian States (also called the "Cow Belt") like Uttar Pradesh, based on the suspicion that they were illegally carrying cow meat.

Earlier this week, Assam Governor Jagdish Mukhi stated that the government would soon introduce a law to protect cows in the state.

Agreeing with Governor Mukhi’s statement, Assam state chief Himanta Biswa Sarma also said that since the cow is revered as a “mother” by Hindus, “we will not allow cows to be smuggled. We will adopt the Cow Protection Bill”.

The slaughter of cows has not been not banned in the north-eastern states of Arunachal Pradesh, Mizoram, Meghalaya, Nagaland, and Tripura. In Manipur, it was proscribed in 1939, but beef is still consumed in large quantities. Similarly, in Assam, only cattle certified as being “fit for slaughter” can be consumed.

In the recent legislative elections in March and April, the BJP stormed back to power for a second consecutive term in Assam, winning 60 of the 126 seats in the assembly. Its two allies won 15 seats - helping their governing alliance to secure a comfortable majority in the state.