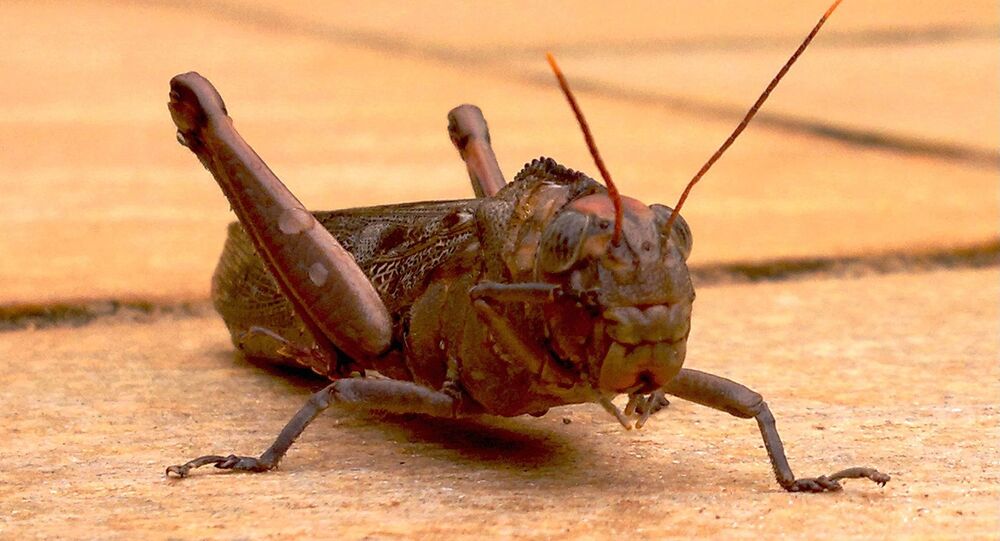 The past few weeks have been testing times for India, and it doesn't look to be getting any better.

As India’s agricultural state of Uttar Pradesh (UP) is desperately struggling with the COVID pandemic, it's now staring down the barrel of another crisis: devastating swarms of locusts. The short-horned grasshoppers migrate from the fields of Pakistan towards India via Rajasthan every year in search of crops to feed on.

This year is no different. In May, millions of locusts swarmed their way into India’s desert state Rajasthan. Agricultural authorities have issued an alert for UP as the insects are headed towards Agra city – where there's over 12,000 hectares (30,000 acres) of agricultural land. Aligarh city has also been alerted.

​"We have alerted the farmers about the locust menace. Currently, there's no standing crops in the fields. However, vegetables are grown in 30,000 acres of land in Agra. We are advising farmers about a suitable proportion of chemicals to be used for eliminating the insects," an official statement by Agra’s district agriculture officer reads.

The locusts are expected to enter UP at the end of May.

Farmers in and around Agra have been advised to create smoke and bang utensils, tins, and drums to drive the locusts away from their land.

Helped by favourable winds, the massive swarms of crop-eating locusts can travel at speeds of up to 150 kph.

Between May and August last year, the locusts made their way into several Indian states including Bihar, Madhya Pradesh, Chhattisgarh, Gujarat, Maharashtra, and Odisha, while also entering cities like Delhi.

No news, no warning, no message by HARYANA GOVT. pic.twitter.com/xr1uaDwxGA

​The news is further cause for concern for India, which is already reeling in the face of several issues.

© AP Photo / Mahesh Kumar A
After Black and White, India Reports First Case of Yellow Fungus
While struggling to contain the second and more contagious wave of the coronavirus, the country is also witnessing new cases of black fungus, white fungus, and yellow fungus – all of which can be fatal to humans – in patients recovering from COVID.

What's more, earthquakes and cyclones have been wrecking havoc in the states of Assam, West Bengal, Odisha, Gujarat, and Maharashtra.

What else remains to be seen? pic.twitter.com/tNvY7XhBlb