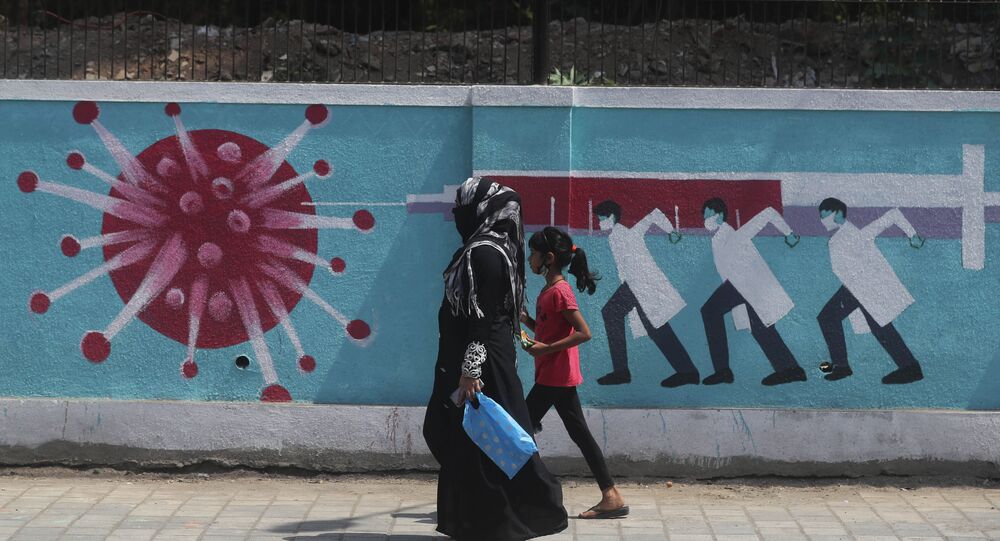 The Indian federal government has implemented its flagship health insurance scheme, Ayushman Bharat, in 33 states and union territories in the country. The latest state government to establish the programme is the state of Telangana, where 2.6 million poor families will benefit and be eligible for treatment in private hospitals.

It is not just the deadly Coronavirus that has become the cause of suffering for afflicted families in India. Across the country, the phenomenal charges that private hospitals are imposing for treating patients have added to the woes, especially among the economically disadvantaged sections.

The past few months have seen complaints against private hospitals soar across the country. Relatives afflicted by COVID-19 have complained that non-government hospitals are not accepting the government's medical insurance card while also charging exorbitant rates for medical services.

"I am a beneficiary under the government's health insurance scheme - Ayushman Bharat National Health Protection Scheme. My elder brother contracted COVID-19 and after a week of home isolation he had to be moved to a hospital as his symptoms deteriorated. But the private hospital, empaneled with the government for the scheme, told me that the card was no longer valid and asked me to deposit nearly $2,750 in advance if we wanted admission," Ritesh Kumar, who runs a small eatery in the Union Territory of Chandigarh, told Sputnik.

Beneficiaries of the Ayushman Bharat (Long Live India) scheme, are entitled to free healthcare coverage of up to $35,458 in secondary and tertiary hospitals impanelled by the government.

State governments have flagged the concern of undue and shockingly high charges that several private hospitals are charging from COVID-19 patients.

Balbir Singh Sidhu, Minister of Health and Family Welfare in the state of Punjab, told Sputnik: "We have received several complaints of private hospitals overcharging patients. To counter this, we have already capped the charges for COVID treatment that hospitals can charge. The over-charged hospital bills will be audited by the government before the patient has to cough up money."

Despite the government's warning to private hospitals not to overcharge patients, instances where government directions are being flouted are only increasing. In Punjab state's Jalandhar district, the civil administration has now set up a helpline number where relatives can call for help and register complaints against any private hospital charging inflated bills for hospital stays to patients.

© REUTERS / ADNAN ABIDI
Rural India is Still Struggling to Get COVID Resources, Says Indian Medical Association President
The Chandigarh Administration has also started a helpline for receiving complaints against hospitals charging higher rates for treatment. Private healthcare centres have collected extra fees for oxygen, medicine, tests and ICU beds. "We have received 8 complaints within a few days of throwing open the helpline. We checked the records of private hospitals and found various anomalies in the charges. We have directed the hospitals to refund the excess amount to patients," said Dr Charu Singla, nodal officer of the helpline.

In Uttar Pradesh, state legislators have held sit-in protests at several places demanding fair treatment of COVID-19 patients after people started lodging complaints at their offices over non-acceptance of Ayushman Bharat cards. Now, the Lucknow administration is pressing criminal charges against three private hospitals for fleecing patients who sought COVID-19 treatment. After finding gross irregularities and discrepancies in the hospital bills, the government committee recommended action against three hospitals in the city. Criminal charges are now being pressed under the Indian Penal Code against the hospital.

"Over 1,500 private hospitals of the state are impaneled under the scheme. Action has been taken against a few hospitals as they are in the state capital. But, people are still calling me. I am helpless," a BJP legislator from northern Uttar Pradesh, who wishes to remain anonymous, told Sputnik.

In Andhra Pradesh state's Visakhapatnam city, government officials raided two private hospitals where the patients' kin complained that they were being fleeced. The patients' relatives were being forced to buy medicine and injections at exorbitant rates in one instance, while in another instance, a non-COVID hospital was found giving treatment to a COVID patient at exceptionally high rates. The family of the patient was forced to buy life-saving injections at four times the normal price, it was found during the raids.

© AP Photo / DANISH SIDDIQUI
Villagers with breathing difficulties rest in cots as they receive treatment at a makeshift open-air clinic, amidst the spread of the coronavirus disease (COVID-19), in Mewla Gopalgarh village in Jewar district in the northern state of Uttar Pradesh, India, May 16, 2021

In West Bengal state, complaints are pouring in that private hospitals are not accepting the medical insurance cards granted by the state government. Instead, patients are being compelled to shell out huge amounts of money to get a hospital bed to save the lives of their loved ones. Concerned with the trend, the state Chief of West Bengal, Mamata Banerjee, issued a strict warning to private hospitals threatening to suspend their licenses if complaints persist.

However, people have noted that these actions against a few hospitals are an eyewash. Braham Prakash Yadav, a resident of Koderma district of Jharkhand, got infected with COVID-19 in April. When he visited a private hospital in Ranchi for treatment, the authorities declined his Ayushman card and demanded over $700 in advance to initiate the process of admission. "The same hospital had accepted the Ayushman card before the pandemic," Yadav told Sputnik.

The Indian health ministry in March this year claimed that 24,317 hospitals (including 10,935 private hospitals) have been impaneled across the country under the scheme, which provides immense support to around 500 million people across the country.