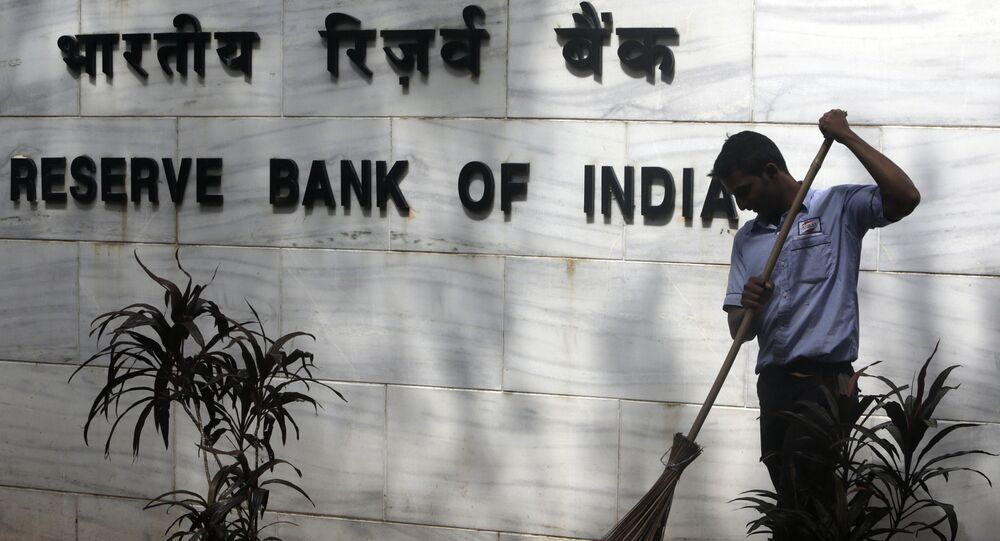 The second wave of COVID-19 has not only taken a toll on people's health but is now also hitting their savings as banks change their gold loan policies.

The Reserve Bank of India (RBI) introduced a loan facility last year to lend up to 90 percent of the value of gold deposited as collateral, which attracted a lot of borrowers. However, the loan facility expired on 31 March 2021.

According to the RBI's new ruling, banks will now be able to disburse loans equating to 75 percent of the gold's worth, but customers who already took the loan at 90 percent may now lose their assets as the banks seek to keep extra gold as collateral.

“The banks are putting the gold into auction because a lot of customers are not able to pay the interest leave aside the 15 percent difference of loan to value. The customers will not be able to renew their loans,” an employee working in the gold loan department of a top private bank told Sputnik on the condition of anonymity.

Echoing his views, Shashank Srivastava, who works in the gold loan department of Small FinCare Finance Bank, told Sputnik: “As per the new ruling, the banks are forced to take the margin money. If the customers are not able to pay the margin money and interest their gold goes into auction causing them a huge loss.”

Generally, people take gold loans as they believe that they can return the money anytime and get their valuables back, but with new ruling means many of them will hesitate before taking gold loans.

Srivastava said that if the RBI doesn’t relax the new ruling, many customers will not take gold loans,  which will hamper the banks. “Gold loans are the most secured loan as the customers have to mortgage their valuables, so the chances of non-performing assets (NPA) is less, but with other loans the chances of NPA is higher,” he added.

© REUTERS / ADNAN ABIDI
Second COVID Wave Has Hampered India's Economic Recovery by 15%, Unemployment to Rise - Economist
Banks offering gold loans are vouching on the new ruling so that people continue to take out the gold loans. Another employee with a top bank said that the RBI has taken this decision in a bid to boost demand for other loans such as personal and home loans so that banks can accrue more interest.

According to a report by the World Gold Council on gold loans in India, demand for such loans through non-banking financial companies (NBFCs) and banks has increased during the COVID pandemic. Muthoot Finance and Manappuram Finance's Gold Loan business in the second quarter of 2020-21 increased by 15 percent and 33.4 percent respectively compared to the previous year. The Federal Bank's Gold Loan also grew by 36 percent in the second quarter. At the same time, Indian Bank saw a growth of 10 percent.