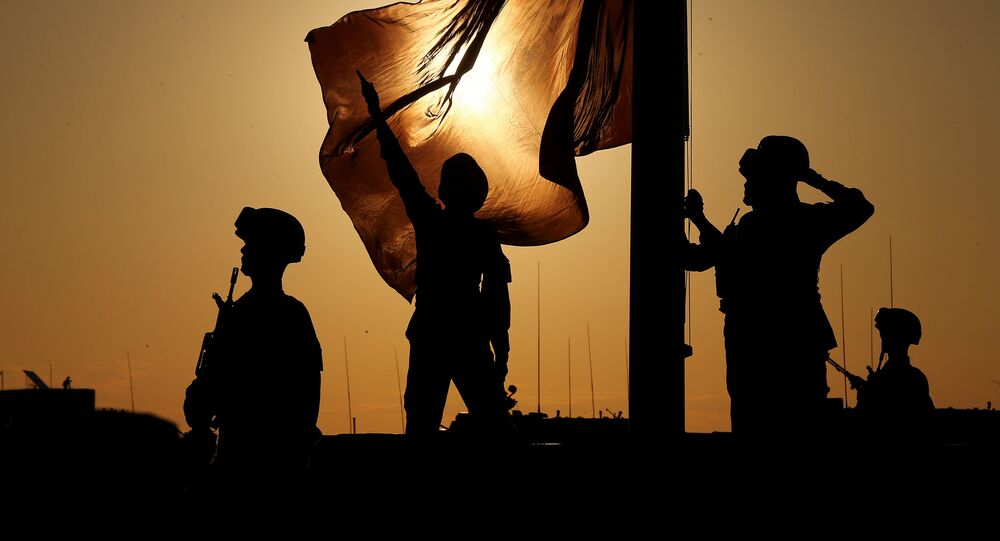 The Galwan Valley clash between the Indian Army and China's People’s Liberation Army (PLA) last June was the deadliest border flare-up between the two Asian powerhouses since the 1962 war. India said at the time that it had lost 20 soldiers in the incident. In February this year, China disclosed that four PLA troops were killed in the altercation.

Chinese blogger Wang Jingyu, who is wanted in his home country after questioning the authorities over the border dispute with India, has been arrested in the United Arab Emirates (UAE) and is now facing extradition to China, one of his friends told Sputnik.

"Wang was arrested at the Dubai Airport on 5 April, while he was on his way from Istanbul to New York on an Emirates flight", said Baosheng Guo, a Chinese dissident living in the US.

Wang Jingyu, a 19-year-old Chinese blogger, was arrested in the UAE and now faces extradition to #China.

A lookout notice (in blue) was issued against Wang in February after he criticised the PLA over the #GalwanValley clash with #India.

He is currently lodged in a Dubai jail. pic.twitter.com/S6bH9JfhA8

​In February 2021, Wang, a native of Chongqing, questioned the People’s Liberation Army (PLA) over waiting for eight months before revealing the number of dead soldiers in the border clash with India. In a post on the Chinese microblogging site Weibo, he also doubted the PLA had truthfully revealed its casualties during the border clash with India.

In February, Beijing for the first time revealed that it had suffered four casualties in the Galwan Valley border clash with India in June last year. The state-backed PLA Daily also disclosed the names of the four soldiers, almost eight months after India unveiled that the clash with Chinese troops at the Ladakh border site had left 20 of its soldiers dead.

Local police said that Wang had "slandered" the war heroes and issued a lookout notice against him, as he was charged under a 2018 Heroes and Martyrs Protection Law, which prohibits activities “diminishing” the valour of martyrs.

Living in Istanbul since moving from China back in 2019, Wang told his friends that he started to receive messages from “Chinese police” after his controversial posts on Weibo.

“He was in Istanbul all the while. On 5 April, he bought a plane ticket to New York via Dubai”, says Baosheng.

Wang, currently at a detention centre in the UAE, was arrested on charges of criticising Islam upon arrival at Dubai Airport, per his case record with Dubai's Public Prosecutor Office.

He was absolved of his charge on Thursday, after which he was told by his lawyer that he could be extradited to China. Chinese Embassy officials in the UAE have already made several visits to the jail as they try to convince Wang to “cooperate” in the extradition back to his home country.

The UAE and China signed an extradition agreement back in 2004, but it was only in 2017 that the first fugitive was deported to China from the Gulf country, Xinhua reported.

In the case of Wang, the Chinese Embassy is already said to have invoked the extradition agreement.

The teen dissident holds a People’s Republic of China (PRC) passport. Baosheng says that it is “not clear” if he has an American Green Card.

Besides calling up his friends, including Baosheng, Wang also contacted several journalists from the detention centre in a bid to highlight his case.