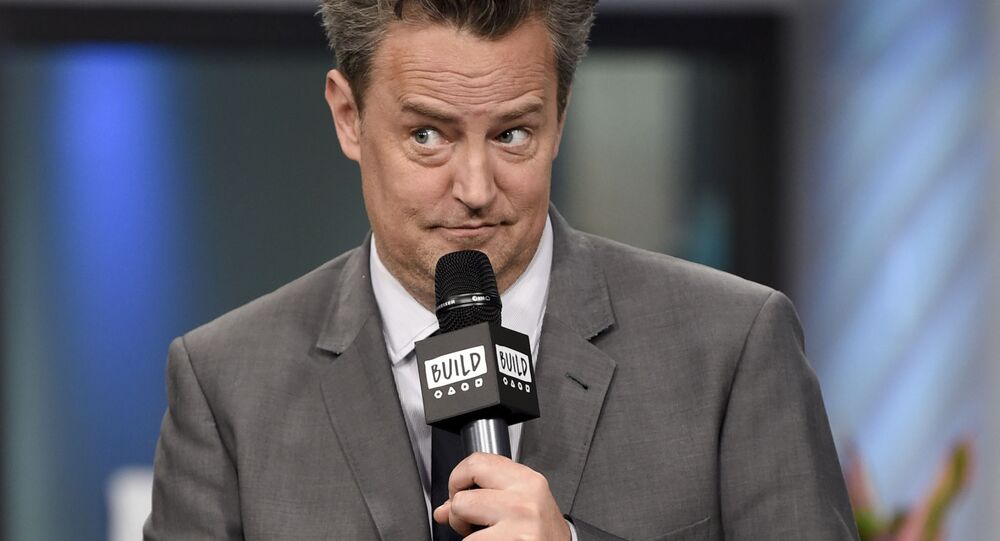 Seventeen years after the popular sitcom FRIENDS ended, the star-studded cast of the show is coming together again. On 27 May, HBO Max will be premiering the much awaited reunion of six friends who lived their young, single twenties in New York for us.

Ahead of the airing of the FRIENDS reunion, the cast members sat down with People magazine for a short segment called "The One Where They Answer Three Questions".

© AP Photo / REED SAXON
Could the Internet Be Any Crazier? Millions of Fans Call Friends Reunion on 27 May Best News of 2021
During the 7-minute interview, 51-year old Matthew Perry's rather tired looking eyes caught the attention of several people. The Canadian-American actor who played the role of sarcastic and witty Chandler Bing, was struggling to speak clearly. While most of the conversation was taken care of by his peers David Schwimmer and Matt Le Blanc, Perry hardly spoke more than a few sentences.

Perry's behaviour drew the attention of eagled-eyes fans, with some raising concerns about his health.

​The actor was also defended by people who said he was probably being emotional while talking.

​Following an accident around 1997, Perry became addicted to Vicodin and alcohol. He was in his late twenties then. The effects of his addiction can be traced through the seasons of FRIENDS – where Perry's weight fluctuated drastically, once dropping down to just 145 pounds (66 kg). In 2000, Perry lost more 20 pounds due to pancreatitis.

Though he emerged victorious from his Vicodin addiction, in recent years several images clicked by paparazzi appear to show him growing old and looking ill, causing fans to be concerned about his well-being.

FRIENDS fans have also been critical of Courtney Cox's botox-injected face in the past.

The latest trailer for the FRIENDS reunion clarifies that this will not be an episode where the actors give fans a glimpse into their characters' old lives. Rather, the episode will get them all together again to stroll down memory lane about shooting a show that went on to become a global phenomenon.

Along with the cast of the show, a star-studded line up of more celebrities will be featured in the epic reunion of FRIENDS – including Justin Bieber, BTS, David Beckham, Kit Harrington, and Reese Witherspoon, among others.