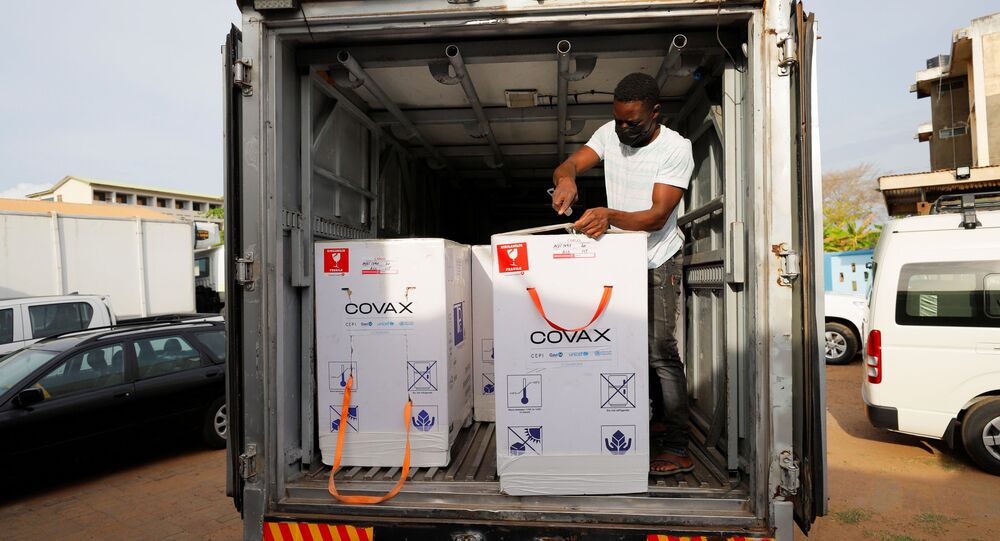 Many low and middle-income countries in Africa depend on vaccine exports from the World Health Organisation (WHO)-backed programme COVAX, formed to ensure equitable access to COVID jabs. The Serum Institute of India (SII), which manufactures AstraZeneca's Covishield vaccine, is one of COVAX's biggest suppliers.

The African Union (AU) has slammed the Indian vaccine maker Serum Institute of India (SII) over its decision to "prioritise" domestic needs over exports to other developing countries, after the vaccine facility said on Tuesday that it won't resume exports to the COVAX alliance until the end of this year.

African Union (AU) Special Envoy on Vaccines Strive Masiyiva told the Financial Times that SII's decision caused "anger" and he warned the COVAX alliance to not put "all its eggs in one basket".

Dr Ayoade Alakija, co-chair of the Africa Union, said the continued export ban on vaccines to the COVAX alliance was "bad news" for low- and middle-income countries.

John Nkengasong from the Africa Centres for Disease Control and Prevention said that SII's decision meant that African countries might not be able to meet their vaccination targets.

At the start of this year, nations in Africa said they would strive to inoculate 35 to 40 percent of their respective populations by the end of the year. Yet, as things stand today, only 8 out of every 1,000 people have received a COVID shot in Sub-Saharan Africa, compared to the global average of 150 per 1,000 individuals.

The export ban by SII, one of the biggest suppliers of COVID vaccines to the COVAX alliance, has adversely impacted the projected vaccination targets in many nations on the African continent, who heavily rely on the global vaccine alliance.

On Monday, World Health Organisation (WHO) head Dr Tedros Adhanom Ghebreyesus also voiced concerns over SII's inability to meet its export commitments to the COVAX alliance, as he noted that there was already a "shortfall" of 190 million doses to the global vaccine initiative as of June.

Only 0.2 percent of the COVID vaccines produced to date have gone to low- and middle-income countries, with wealthier nations having grabbed 87 percent of the overall supply, according to the WHO.

At present, COVAX has shipped over 68 million COVID-19 vaccines to 124 participanting countries.

The SII said in a statement on Tuesday that it would prioritise the vaccine needs of India over exports to help the South Asian country with its inoculation drive.

"We continue to scale up manufacturing and prioritise India. We also hope to start delivering to COVAX and other countries by the end of this year", it said.

The Pune-headquartered facility, touted as the biggest vaccine manufacturer in the world, explained that it would have been on track to meet its global export commitments had it not been for the second COVID surge in India.

According to an agreement between SII and Gavi Alliance, which co-chairs the COVAX facility, the Indian vaccine marker was obliged to supply nearly 90 million doses of vaccines to COVAX in March and April. The SII defaulted on both of its commitments, Gavi said in a statement.