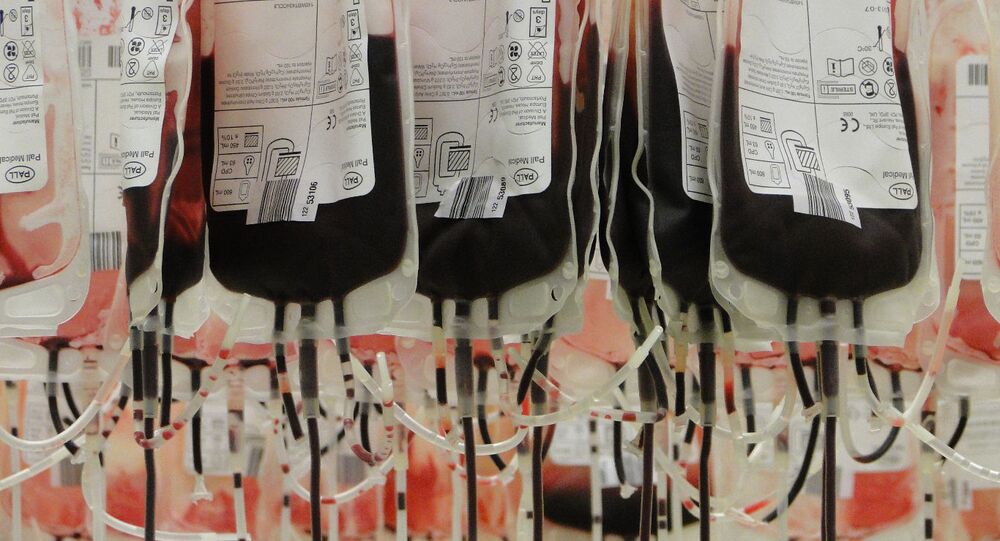 Despite sufficient proof of plasma therapy's ineffectiveness, the demand for it continues to rise. Several scientists and experts have maintained that this therapy may lead to the possibility of more virulent strains developing due to the irrational use of plasma therapy and further fuel the ongoing coronavirus situation.

The Indian government has revised its clinical management guidelines and dropped convalescent plasma therapy from the list of treatments prescribed for the management of adult coronavirus patients. The therapy involves the use of blood plasma from people who have recovered from COVID-19.

The decision comes days after a recovery trial, the largest randomised trial to report the results of the effect of convalescent plasma in patients hospitalised with COVID-19, was published in the medical journal The Lancet. The study's findings highlighted that high-titre convalescent plasma did not reduce the probability of discharge within 28 days, or the probability of progressing to the composite outcome of invasive mechanical ventilation or death in patients who were not receiving invasive mechanical ventilation.

"COVID-19 is a new disease and there is still a lot to figure out about what to do and what not to do. So with various clinical trials and more evidence if there is an indication that plasma therapy doesn't work then people should not spend money on that. There should not be any panic. Rather there should be relief that we are not going to spend money on something which doesn't work", Dr Samiran Panda, an Indian Council of Medical Research (ICMR) scientist who was part of the panel that dropped plasma therapy from COVID-19 management guidelines, told Sputnik. 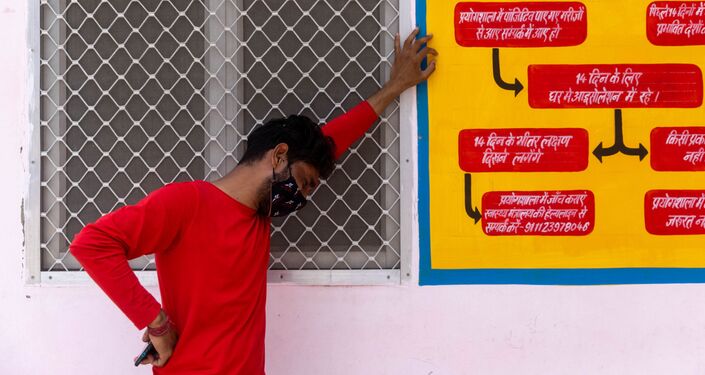 © REUTERS / DANISH SIDDIQUI
A man weeps as his mother is being treated inside a COVID-19 intensive care unit of a government-run hospital, amidst the coronavirus disease (COVID-19) pandemic, in Bijnor district, Uttar Pradesh, India, May 11, 2021.

Despite being marked as an ineffective COVID treatment by scientists and healthcare experts, the ongoing second wave of the coronavirus pandemic in India has witnessed the indiscriminate use of the therapy. Social media is filled with desperate cries of Indians searching for plasma donors. The off-level use of the therapy has forced COVID-19 patients and their families to scramble for plasma. In some cases, families have also paid exorbitant prices, despite under existing norms it being unavailable for sale or purchase.

"This is a welcome move, although it has been long overdue. The PLACID trial was conducted in India and it was the first large trial to prove that plasma doesn't work. The results of the trial were posted in a pre-print in September of last year. Since then, multiple trials, including the large RECOVERY trial have shown us that the therapy does not work. The removal of plasma therapy from the guidelines will save valuable resources (lab technicians, kits, etc.), prevent false hopes from being instilled among patients and relatives, will save costs in an already overburdened healthcare system (both for patients and hospitals), and is a step in the right direction", Dr Lancelot Pinto, a consultant pulmonologist at the P.D Hinduja Hospital and Medical Research Centre told Sputnik.

As per the country's previous guidelines, off-label use of convalescent plasma therapy was recommended in two specific situations: early moderate disease, once, preferably within seven days of symptoms, and no use after seven days; and availability of high titre donor plasma.

"If doctors still prescribe it, they should be asked the rationale for doing so. If a doctor believes that there is a specific circumstance under which it may have a role, then this should be done in the context of a clinical trial with written informed consent, and that patient should not have to pay for it", Dr Pinto said.

Recently, several scientists wrote to India's Principal Scientific Adviser K Vijay Raghavan cautioning against the "irrational and non-scientific use" of convalescent plasma for COVID-19 in the country. As per media reports, the letter which was also addressed to ICMR chief Balram Bhargava and AIIMS Delhi's Director Randeep Guleria alleged that the current guidelines on plasma therapy are not based on existing evidence and highlighted some very early evidence indicating a possible association between the emergence of variants with "lower susceptibility to neutralising antibodies in immunosuppressed" people given plasma therapy.

This raises the possibility of more virulent strains developing due to the irrational use of plasma therapy, which can further fuel the pandemic, according to the letter signed by vaccinologist Gagandeep Kang, surgeon Pramesh C S, and others.

Last September, the Indian Council of Medical Research (ICMR) conducted a trial called PLACID that revealed the therapy does not reduce mortality or arrest progression of the disease. The trial was carried out in 39 hospitals across 14 states and Union Territories. However, the Indian government had not dropped this investigational therapy from its COVID treatment protocol, despite suggestions by researchers and scientists that its rampant use may lead to unwanted mutations of SARS-CoV-2, a fact publicly acknowledged by the ICMR chief several months ago.

"We have to maintain judicious use of therapies which are going to benefit, if their benefit is not established, we should not use those therapies otherwise they would put tremendous immune pressure on the virus, and the virus will tend to mutate more", ICMR Director General Balram Bhargava had said in December.

Last week, ICMR's COVID task force conducted a meeting in which all members supported the removal of the use of convalescent plasma from the Clinical Guidance for Management of Adult COVID-19 Patients.