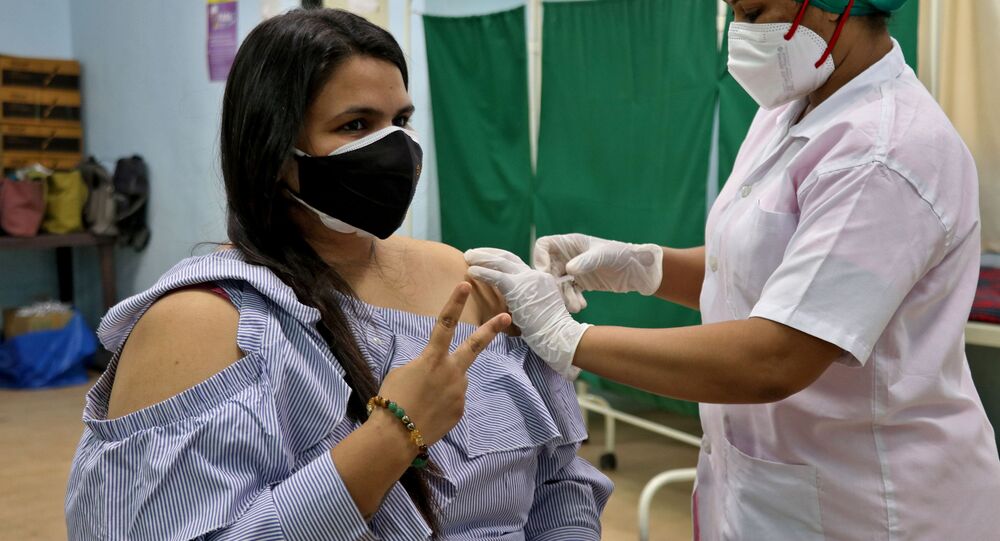 After US, China Pledges Support For India's Proposal to Waive Vaccine Patent Rights

India and South Africa called for a TRIPS waiver of certain intellectual property rights provisions for COVID-19 vaccines in a communication to the World Trace Organisation in October 2020 so that people in developing countries can receive access to life-saving vaccines and therapeutics as soon as possible.

China has pledged to support a proposal put forward by India and South Africa for a temporary waiver of Trade Related Aspects of Intellectual Property Rights (TRIPS) for coronavirus vaccines.

After the US expressed support for the proposal last week, Beijing on Monday said that it backs all actions conducive to helping developing countries fight the pandemic.

In early May, World Trade Organisation Director General Ngozi Okonjo-Iweala appealed to member nations to expedite the proposal that could temporarily ease trade rules protecting COVID-19 vaccine technology, keeping in mind the urgency of the situation.

Zhao said that China has provided vaccine assistance to over 80 countries and three international organisations and vaccine exports to over 50 countries. The country has also promised to supply 10 million vaccines to COVAX, a global vaccine distribution campaign backed by the World Health Organisation.

India had tabled the proposal to waive IPR in order to enable a boost in vaccine production to inoculate its large population. A senior official in the Department of Commerce, Anup Wadhwan said, "the proposal has received support from several countries. We are very hopeful that some decision will be reached at by the WTO anytime soon. This will help in scaling up the production of vaccines and other essential products to deal with the coronavirus".

The growing support of countries for India's proposal will help in combating the pandemic, Manoj Pant, an economist and director at the prestigious Indian Institute of Foreign Trade in New Delhi told Sputnik: "This is the only pandemic of the century. I don't see how any case against India's proposal for a waiver lie anywhere. Countries agreed that they will give exception to the universal IPR established in the WTO".

On 6 May, US Trade representative Katherine Tai, while announcing the US policy decision to lend support to the proposal, said "this is a global health crisis and the extraordinary circumstances of the COVID-19 pandemic call for extraordinary measures".

Over 100 lawmakers earlier wrote to US President Joe Biden urging him to support India's proposal on the IPR waiver. However, American billionaire Bill Gates said the IPR waiver should not be allowed and his comments subsequently led to protests in Delhi against his "hypocrisy" as he supports a large philanthropy organisation in India.

Though the US has lent its support it is said to be working to ensure that the waiver does not end up boosting China's biotech capabilities. A senior Biden administration official was quoted by the media as saying that the US would want to "examine the effect of a waiver on China and Russia before it went into effect to ensure that its fit for purpose".

The European Union too has agreed to participate in WTO discussions, but has maintained that a patent waiver can only be a short-term solution and that its important for countries like US to first lift export restrictions on COVID-19 vaccines.